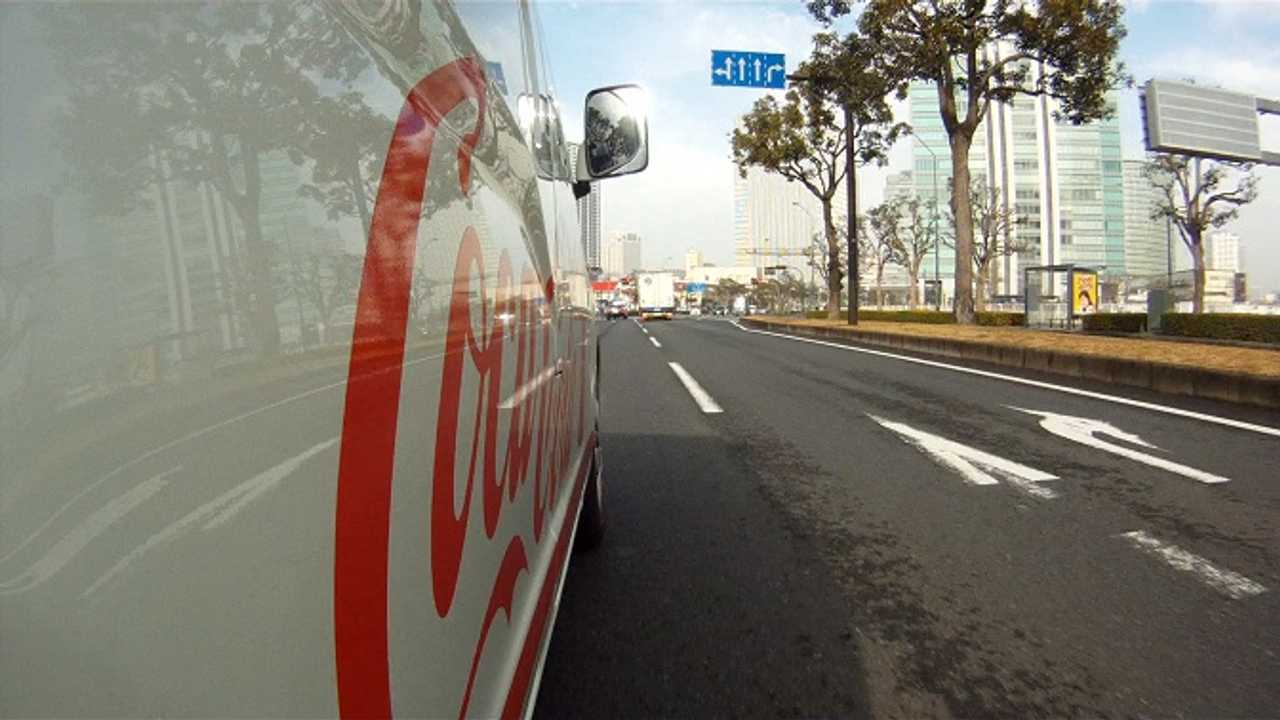 Nissan and Coke signed a "co-operative agreement" a couple months ago to test out Nissan's upcoming all electric, 70-odd mile (expected) van in a very specific usage pattern in Japan.   No day charging.

The testing of the prototype vans with Coca-Cola is apparently to ascertain if the vehicle can functional as a regional delivery unit that only has charging available overnight.   For Japan, not using power during the day has become a real focus of the government as electric power is sometimes in tight supply.

“Our aim from this trial is not just to reduce the CO2 we are responsible for,” said Yukihiko Nakamura from Coca-Cola Japan. “After the earthquake in Northern Japan, there is a big demand in society for what is called ‘peak shift.’ That is to reduce the consumption of electricity during the day time. We wanted to investigate the challenges we face when we try to achieve these two goals. By borrowing Nissan’s prototype EV we can examine it in detail.”

Nissan says their van delivers superior quietness and acceleration over regular internal combustion utility vans, and that of course it excels at both being efficient, cheap to operate and emits no C02.

Despite this particular van being part of a prototype/test fleet, the e-NV200 has already been approved for production and even now the assembly line is being prepared in Barcelona, Spain for pre-production assembly to start likely in the spring.   Deliveries of the van (both in Europe and the US) have been pegged for late in 2013, and today Nissan reiterated that the 24 kWh van will launch by 2014.

Despite this particular test being centered around not charging during the day, perhaps the most highly anticipated feature of Nissan's electric van is the fact it will be equipped with the ability to fast charge, giving owners a full charge in about 30 minutes.  Perfect for high mileage company vehicles and local deliveries.

No exact pricing or spec have yet been issued by Nissan, but it is thought to likely start around $35,000 (USD) and will come in three versions.  A one row business van model, a two row combi, and a conventional 2 row/5 person passenger van.

“Many customers have a plan, or a commitment, for the environment,” said Hideyuki Tateno, Nissan’s deputy chief vehicle engineer on the project.  This vehicle will make it real to reduce CO2. I am confident that in the future this electric van will be running around the world.”