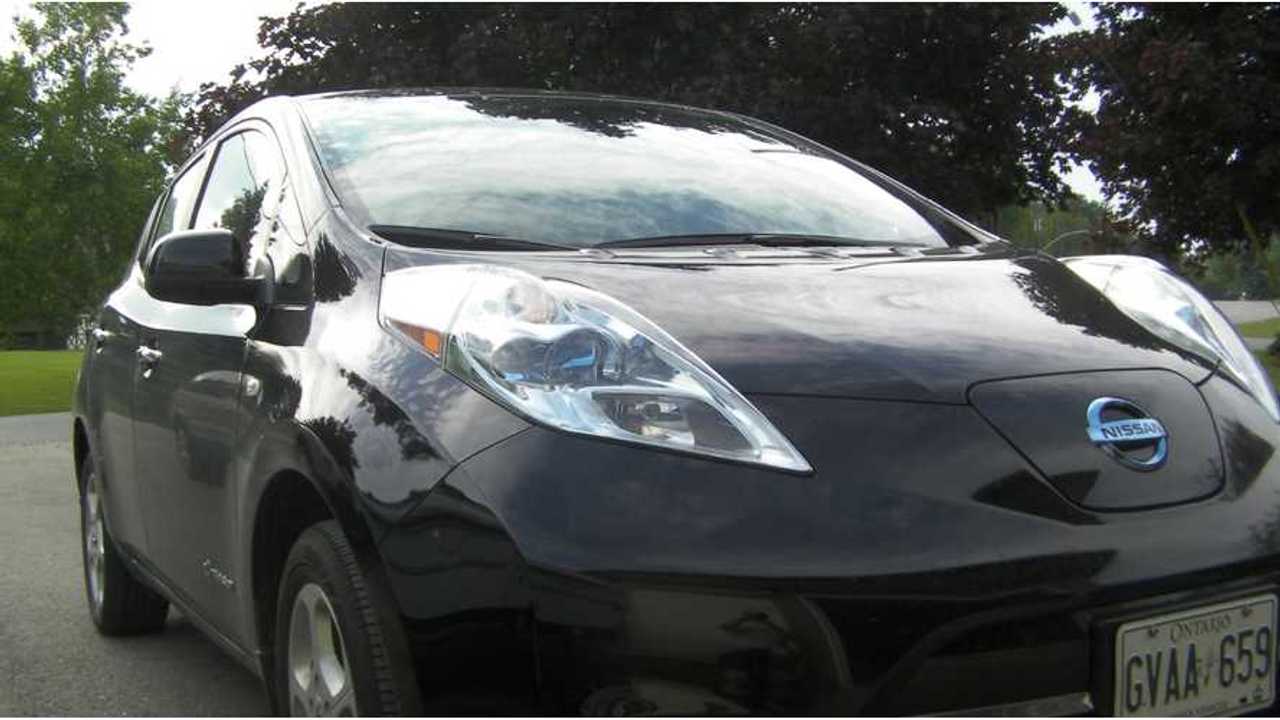 Last month we highlighted the fact that Nissan USA was deeply discounting their LEAF by $5,500 to move old 2012 inventory ahead of the newly updated 2013s (more range, less money).

Apparently that did not go as well as hoped as Nissan has upped the offer to $6,000 in an effort to clear out the 2012 LEAFs that are still unclaimed by customers.  So if you are in the market for a LEAF, and you live in Canada; this might be your time to pick up a deal.

This offer can be used against a lease (which are notoriously not as good as in the US), and a Canadian dealership was nice enough to run the numbers for us.    $343 over 36 months with $446 due on delivery.

...of course, the dealer "may still sell for less".

New $6,000 Off MSRP In Canada Pushes Down Lease Rate As Well (via Nissan Quick Quote System-click to enlarge)