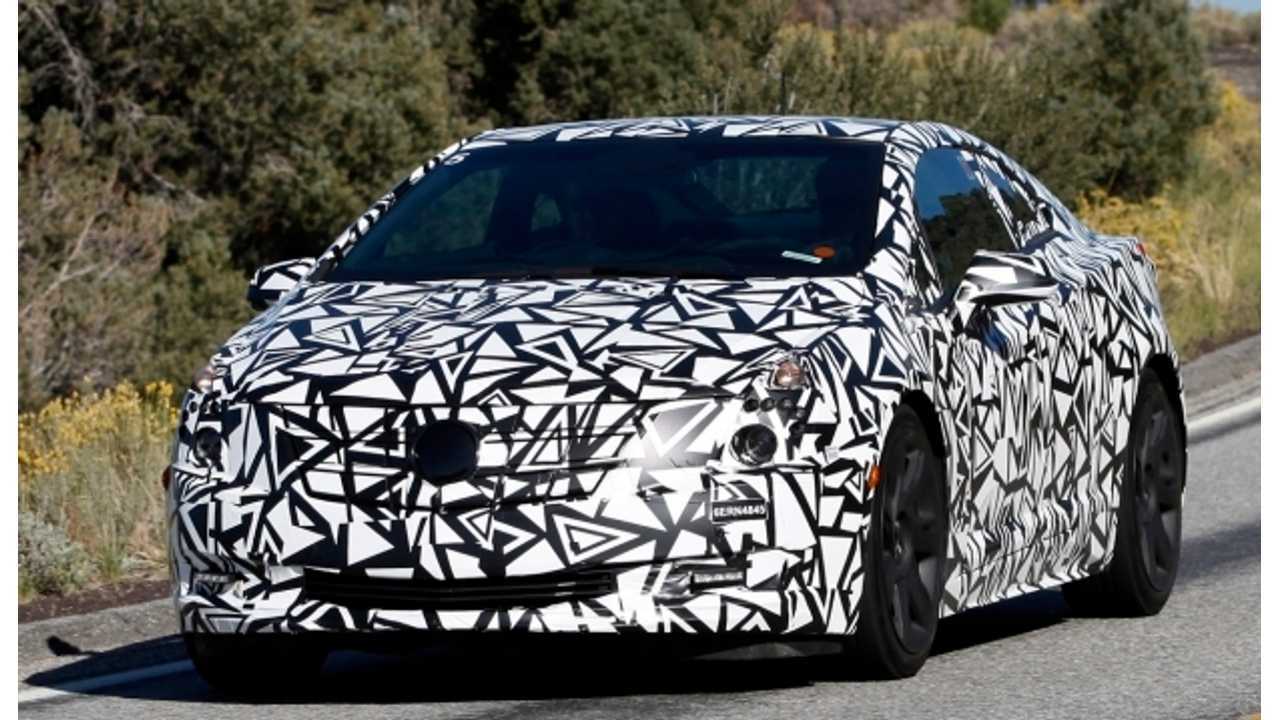 Here we see the upcoming 2014 Cadillac ELR extended range electric vehicle wrapped in camouflage and driven through the mountains of southern California.   According to General Motors, this ELR image was captured while "key development tests, including steep grade performance and higher altitude operation" were being performed on Tuesday, September 18, 2012.

Teased recently, the 2014 Cadillac ELR will make its worldwide debut on January 15.

The 2014 Cadillac ELR will make its worldwide debut at the North American International Auto Show in Detroit, Michigan on January 15, 2013.

"Cadillac customers are going to enjoy the unique features ELR will bring to the market.  We’re going to change the way people think about luxury and electrification," states Chris Thomason, ELR chief engineer.

The Cadillac ELR in concept form.

The plug-in Cadillac rides on a near-identical platform to the Chevrolet Volt.  The ELR will debut with an updated version of the Volt's now-famous Voltec powertrain.

It's believed that the ELR will sport a slightly updated version of the Volt's 16-kWh lithium-ion battery pack and could even arrive packing a 2.0-liter range-extending engine.

We firmly believe that pricing for an optioned-up 2014 Cadillac ELR will be north of $50,000.  Production is set to commence in Summer 2013.

Also of interest as it relates to the Cadillac ELR: An earlier "spy video" was published in November that showed the ELR (along with a Chevy Volt) road testing in Death Valley.