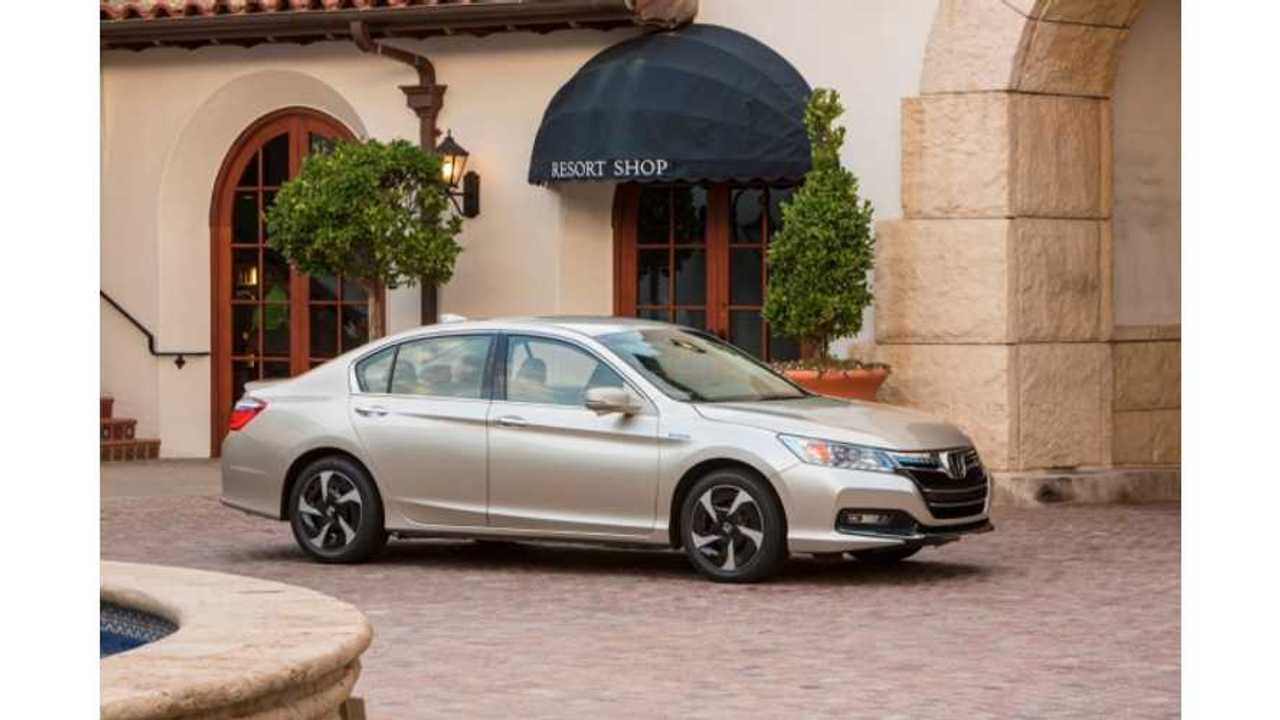 We see a competition brewing between the 2013 Ford Fusion Energi and the 2014 Honda Accord Plug-In Hybrid.  Unfortunately, we're led to believe that Honda will have no interest in selling the Accord PHEV on the nationwide, which means the Fusion Energi will likely dominate the mid-size plug-in hybrid category.

This gas engine burns incredibly clean, according to CARB.

Regardless, the Accord PHEV is no slouch.  In fact, the plug-in Accord, which is set to launch in January of 2013, will become the first gas-burning vehicle to qualify for CARB's Super Ultra Low Emissions Vehicle 20 (SULEV 20) standard. This implies that the Accord PHEV emits 20 milligrams or less of smog-forming emissions per mile driven.
With most numbers now in hand, let's compare the Fusion Energi to the Accord PHEV.

The real difference between these two mid-sizers, aside from the fact that one is a Ford and the other a Honda, is the Fusion Energi's expected electric-only range of 20 miles, compared to the Accord PHEV's 13 miles.  That alone could sway potential Accord PHEV buyers to take a stroll down to a local Ford dealership.

Should Honda commit to a nationwide launch of the Accord PHEV?  Or would it be wiser for the Japanese automaker to instead focus on earning its ZEV credits, thus allowing Ford to secure the win in this category?