Bob Lutz: Electric Vehicle Market Is Just Fine, As Slow As It Is 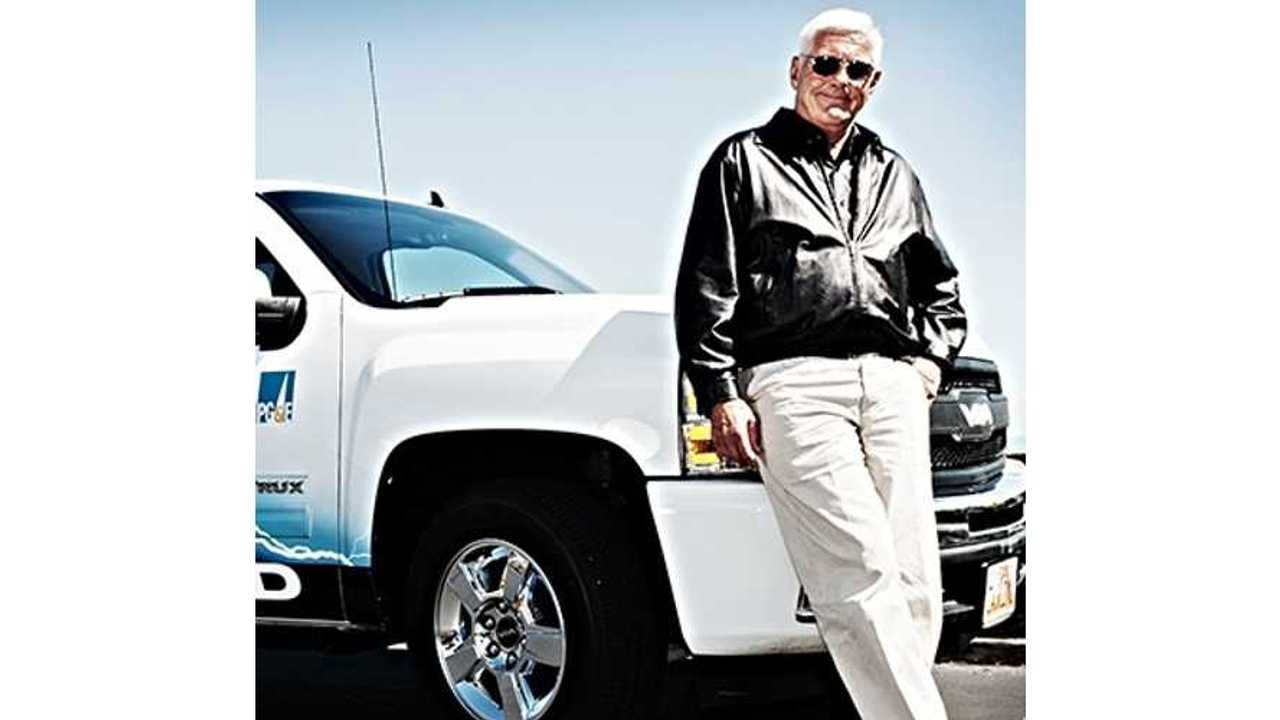 Bob Lutz With His Newest Product, The VIA VTRUX-Coming In 2013 (Photo by Terrence Taylor, courtesy of Charged EVs Magazine)

Bob Lutz, the man behind the nation's best selling plug-in, the Chevrolet Volt and now de facto front man (and board member) for VIA Motors, maker of the extended range plug-in VTRUX (which is essentially a plug-in conversion of a Chevy Silverado), has taken some time out of his busy schedule to give his 'State of the Union address' on the health and outlook of the electric vehicle market.

"After years of breathless hype surrounding the imminent triumph of electric vehicles, (wherein all participants, be they battery companies, the federal government or EV startups, got roundly drunk on their own wine), we now see all the revelers waking up to a colossal hangover."

VIA Lineup Of Future Vehicles (Truck, Suburban And Van)

Bob takes the time to point out the failures of some high profile companies, like the recent bankruptcy of A123, and the troubles at Fisker and Coda automotive, while maintaining that the reality of "low fuel prices, abundant oil supply, and high EV prices" have put early over-enthusiasms in check.

Mr Lutz says he has always has had the opinion that the early days would be a slow process converting the public to plug-in vehicles, but predicts by 2020 10% of the US market will be electrified, but mostly by EREVs until pure electrics develop more.

"I have always maintained that pure EVs will have a limited future until there are cars selling for $30,000 with a reliable 300-mile range. Extended-range EVs (EREVs), like the Chevrolet Volt, overcome the range problem, but at a steep price premium. (The only segment where I see fast adoption of extended-range EVs is in full-size pickups, sports utilities and vans because their gasoline counterparts use so much fuel that the owner of an EREV version will actually save money almost from day one.)"

Mr. Lutz With VIA's Top Of The Line Crew Cab Truck That Features A 24.4 kWh Lithium Battery, Good For 30-40 Miles Of Electric Driving

It is worth nothing that Mr. Lutz's current job is selling extended range trucks, and that it is still fairly hard to make the case that a vehicle like the VTRUX Silverado, which gets up to 40 miles of electric range for an "anticipated $79,000 in volume" will ever save the owner any money over just buying a traditional Silverado, which starts at around $24,000.

We do think that if GM themselves decided to electrify a truck (or SUV) of their own, they could probably have a much sharper pencil pricing it...and that it would probably be a good idea to get working on that now.

So, how does Mr. Lutz envision the future long term?

"Ultimately, of course, the world will be populated by EVs only, and I make that prediction frequently. Trouble is, nobody quite seems to hear “ultimately,” or can’t or won’t understand it.  There are amazing similarities between the “dot-com bubble” of the nineties and the “EV bubble” of today. In both cases, mindless, even dogmatic enthusiasm was rewarded by harsh financial penalties.

We never seem to learn! (And the media always seem to play their role in keeping us stupid.)"

Check out Mr. Lutz's full commentary at Forbes, or  reserve your own VIA VTRUX (for only $1,000) here. (Photo by Terrence Taylor, courtesy of Charged EVs Magazine)