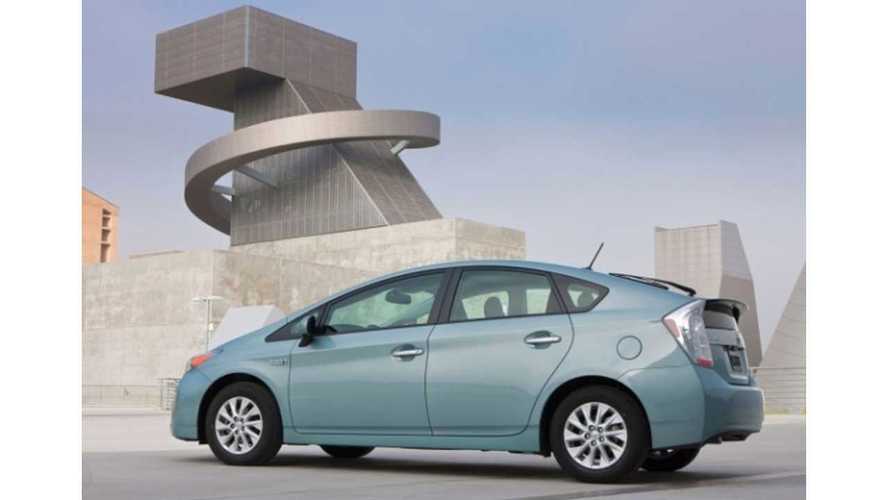 While it's incredibly difficult to track down information related to Romania's plug-in vehicle segment, we feel relatively confident in saying that the LEAF remained the nation's only plug-in vehicle, at least from a major automaker, right up until the Toyota Prius Plug-in Hybrid launched there three days ago.

As you might expect, the standard Toyota Prius is already available in Romania.  As the world's top-selling hybrid, the Prius seems to literally be available everywhere, but the plug-in version is not.  That's why it may seem odd for Toyota to launch the Prius Plug-In Hybrid in Romania ahead of launches in several other major countries, but we see Toyota's decision in a different light.

The Prius family is instantly recognizable across the globe, while the LEAF is, shall we say, rare.  So, if Toyota gets in early, then it's likely that the Japanese automaker will forever have a foothold on Romania's plug-in segment simply due to the Prius' familiarity.

There's still one remaining reason why Toyota is choosing to jump into Romania's plug-in vehicle segment and other countries should take note.   Even in these early stages, Romania exempts plug-ins from congestion charges and registration fees, while offering various incentives to entice consumers to purchase plug-in vehicles.

What's the takeaway point?  It seems that if a country is ready (incentives in place, charging stations installed, tax exemptions passed by legislators) for plug-in vehicles, then automakers will respond.  In the case of Romania, this response is to immediately expedite a plug-in vehicle launch.