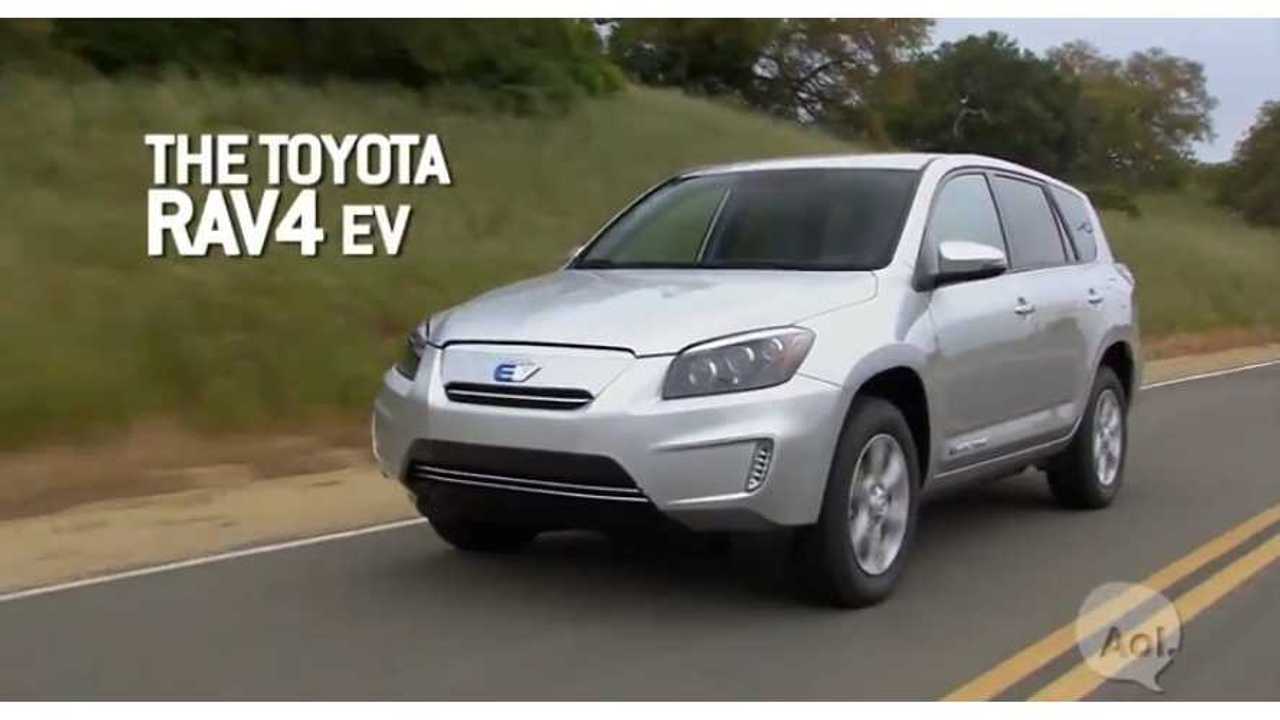 First put on sale in August of this year, Toyota has been under some pressure to get the RAV4 EV into customer's hands, and recently have offered as much as $7,500 off the all-electric SUV, which starts at a MSRP of $49,800.

15 Years Ago Toyota Launched The First Generation Of The RAV4

We really enjoy the RAV4 EV, and when AOL Autos-Translogic put out a tidy video review on the 103 mile electric Toyota we figured we should pass it along to the fun EV a little more press.

The RAV4 EV is available only in one trim level and only in California, but is eligible for $10,000 in incentives in that state before other offers, bringing the net price as low as $32,300.  Output on the vehicle is 154-hp and 274 lb-ft of torque (sport mode).

Toyota says their partnership on the RAV4 EV with Tesla runs through 2014, and is to build 2,600 cars, while noting they hope that demand picks up, but currently have no plans to expand the offering outside of major cities in California.