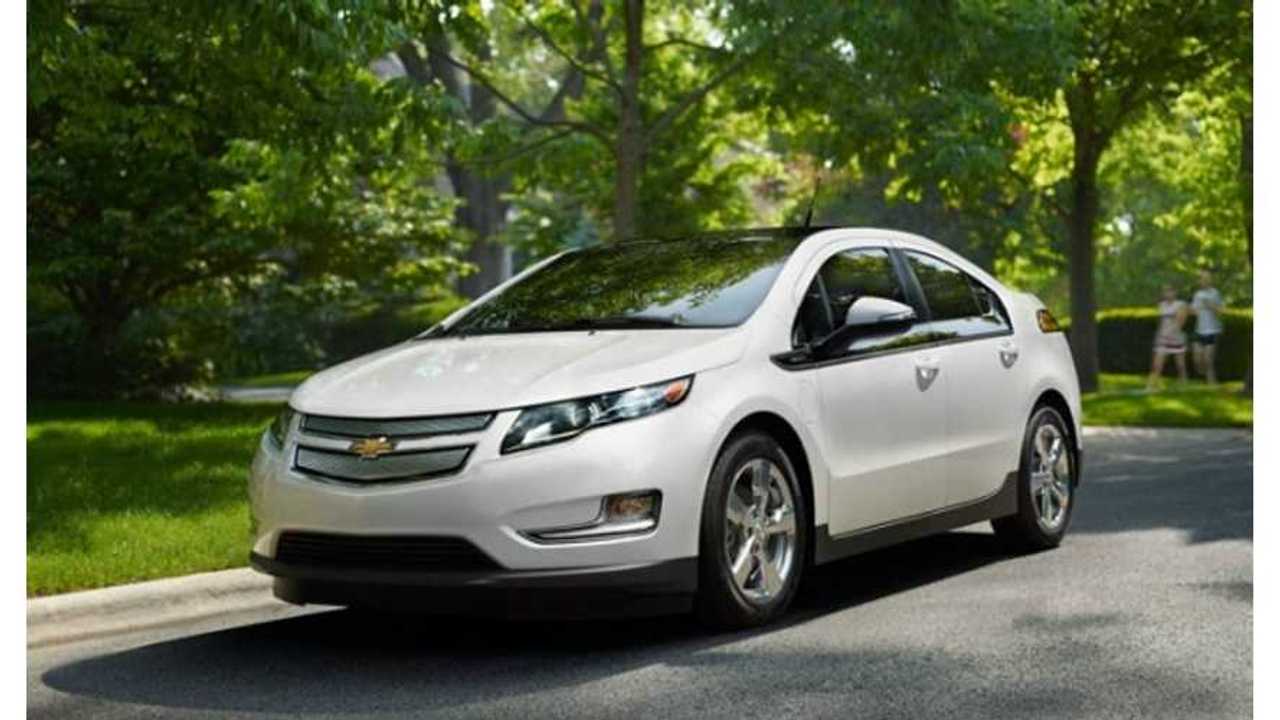 Now, Kaffee's Volt shows nearly 12,000 miles on its odometer.  Since purchasing the Volt in December of 2010, Kaffee has burned through only 26.1 gallons of gasoline.  Conventional math tells us that Kaffee's Volt has returned a lifetime average of 459 miles per gallon (use of electricity will be purposely excluded throughout this discussion).

The question is whether or not Kaffee's 459-mpg mark is exceptional, the norm or subpar.

Remember when Jay Leno made it known that his Chevy Volt had covered 11,000 miles on just 4.65 gallons of gas?  That's 2,365 miles per gallon and Leno is certainly not alone in this over-2,000-mpg club.  And yes, some Volt owners claim to have even broke past the 3,000-mpg barrier.  Though we can't verify it, the current record supposedly sits at 6,200 mpg.

The window sticker for the 2013 Chevy Volt.

But what's the norm?  According to General Motors, the average Chevy Volt owner drives for 30 days and 1,000 miles before refueling.  If we assume these "average" owners require 8 gallons of gas (the Chevy Volt gas tank holds only 9.3 gallons), then the "norm" is approximately 125 miles per gallon.

Even GM has difficulty providing an exact number as it's not possible for the automaker to monitor precisely how much fuel is added when Volt owners stop to gas up.  GM instead provides a miles-driven-between-fill-ups number, which doesn't truly help us to pinpoint an average mpg.

So, as the saying goes, "your mileage may vary."  And in the case of the Volt, this means it could theoretically range from lower than 38 mpg (that's the EPA's combined mpg figure for the 2013 Volt) to near-infinite mpg (the Volt automatically consumes gas at times for various reasons).

Turning our attention back to Kaffee for a moment, it seems he will soon be looking for a second plug-in vehicle, but what will it be?  Well, he'd love a Tesla Model S (wouldn't we all), but might instead settle for the less-costly Ford Fusion Energi.