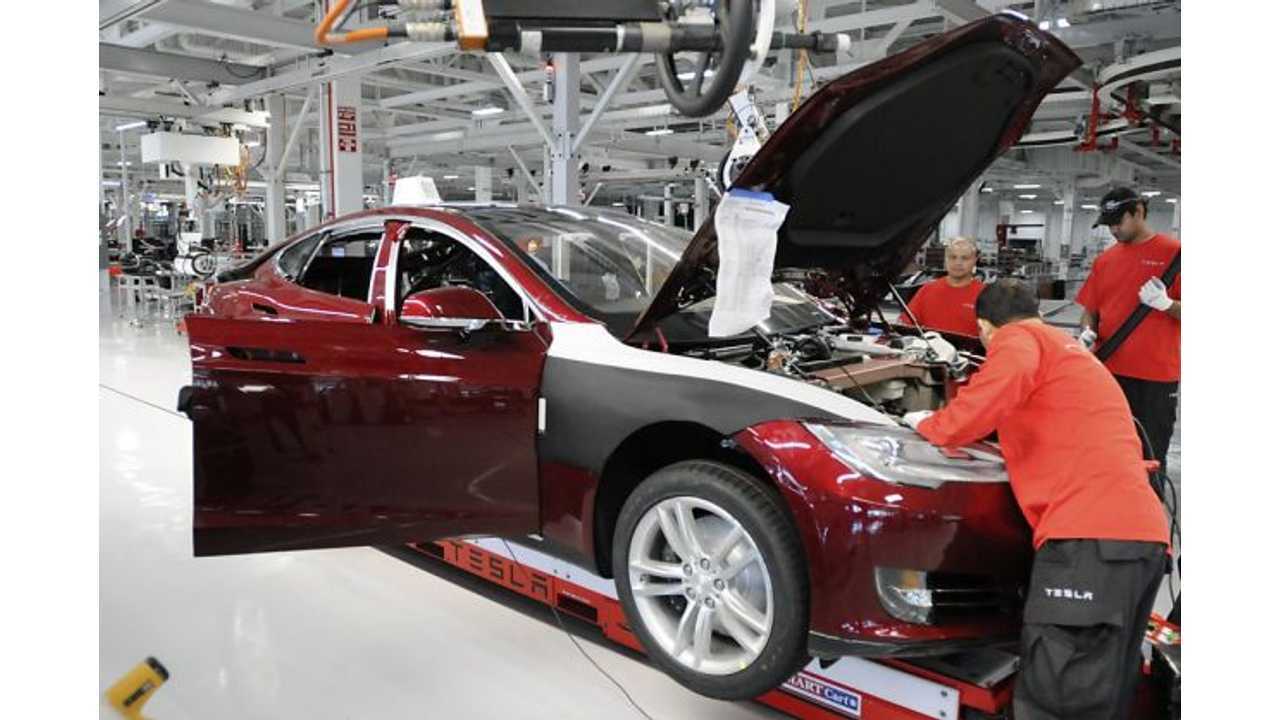 Would-be Tesla Model S owners not expecting their cars until January or February (and their credit until 2014) got a little good news from Tesla in their email in-boxes earlier this month when Tesla send out the following note:

Would You Like Your Tesla Model S A Month Or Two Early? How About Your $7,500 Federal Credit A Year Early?

Essentially, what the email is saying is that you can jump the line, or at the very least hurry the process to get your new Model S early...or at least get your paperwork done, netting the buyer the $7,500 federal credit in 2012.  Even without having the car in your driveway.

As far as we can tell, a huge portion of the reservists in the US who are waiting on a 85 kWh Model S, with air suspension (like what is in production now) have received this email, and if they click "yes," a Tesla representative will get in touch with them to walk them through this process.

What this email is not:

Tesla makes no such assurance by responding to this email you will receive your car in 2012; but they do assure you that all the paperwork will be completed by year end and "sold" to you before January 1st, 2013, provided they can push the completed car outside into their factory's parking lot before then.  The car is temporarily registered in California to mark the date, and then shipped direct to the customer at some later point.

By doing this, the car is sold within the calendar year, allowing owners to receive the $7,500 credit regardless of when they physically take possession.  Reportedly, customers as far away as Hawaii, are being offered this deal on cars not yet completed in California, and many have been told still not to expect the cars in 2012.

If you are a really big fan of Tesla, or really only care about electric cars themselves and not the financial maturation going on behind the scenes, you should probably stop reading now.

You are still here?  Fine.

In our opinion, this bonus to customers (which is being accepted by numerous Model S reservists) is also a bigger bonus to the company themselves, and could be perceived as an attempt at achieving Q4/2012 delivery projections that have already been scaled back a few times, and to avoid any potential upset of the company's near $4 billion market capitilzation.

"We now anticipate that we will deliver between 200 and 225 Model S vehicles to customers in the third quarter and between 2,500 and 3,000 Model S vehicles in the fourth quarter. As such, we believe we will be approximately four to five weeks behind our previously announced Model S delivery goals as of the end of 2012" - Sept 24th, 2012

What is happening here this month (and with this offer), at least to this reporter, is Tesla is materially changing the way they do business to pull forward as many sales that would have otherwise happened in January into December to obscure their inability to ramp production and deliver the cars for their fiscal year end as promised.  Theoretically, even 2-3 weeks production pulled forward into 2012 could net Tesla close to an additional 1,000 sales.

Tesla's current valuation is largely based on their ability to not only sell the Model S, but to be able to produce them in such a way (and in such a volume) that affords them profitability.

This new action of drawing 2013 sales into 2012, coupled with an announcement two weeks ago pushing deliveries of the first 60 kWh Model S deliveries out into January/early February, and the 40 kWh (along with all trim levels not equipped air suspension) into March/early April of 2013, would make us extremely nervous if we were shareholders awaiting on what Q1 2013 results were going to be, with a current market expectation of 5,000 cars to be delivered in those first three months of next year.