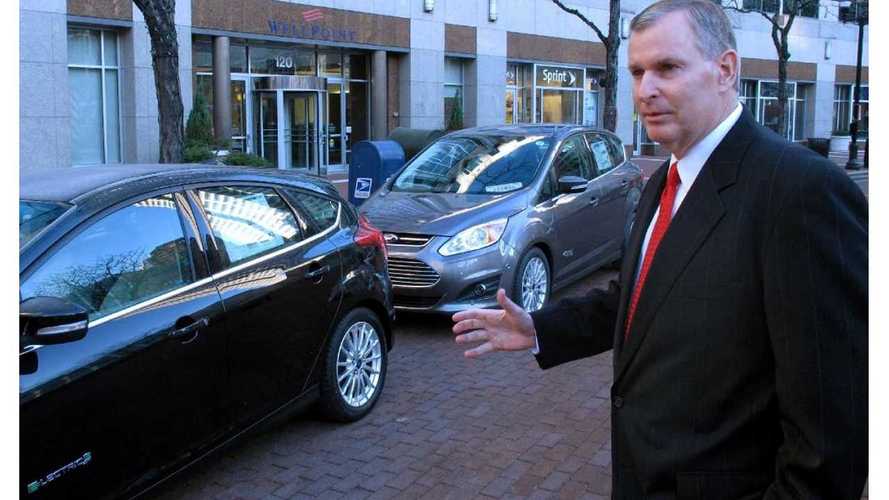 Indianapolis Mayor Greg Ballard has had enough of the United States' dependency on oil, and this is one time a political figure is not all talk.

On Wednesday Mr. Ballard signed an executive order mandating that the city replace its current sedans with electric vehicles, with both fully electric and plug-in hybrids.  As for heavy vehicles (both public and on private contract to the city), which do not currently have a plug-in option, the Mayor will phase in snow plows and fire trucks that run on compressed natural gas.

The only place a viable option for getting off gas does not currently exist is for the police force, as the Mayor says there is not yet a suitable plug-in hybrid police car.

The changeover to electricity and CNG will take some time to complete, as the city's plan is to replace the gas vehicles as they end their useful life-cycle.

The last non plug-in or CNG vehicle is expected to be retired around 2025.

“The United States’ current transportation energy model, driven by oil, exacts an enormous cost financially and in terms of strategic leverage,”  said the Mayor at the Greater Indianapolis Progress Committee.  “Today I am proposing to make Indianapolis a leader by example on this national and international issue. Although oil-based transportation will remain a staple for a while, new technology available now is making ‘energy choice’ a real alternative."

In total, the city fleet has about 500 non-police vehicles and 200 heavy vehicles, and plans for about 50 plug-in buys per year in order to make the gradual transition.

The big payoff for Indianapolis will eventually come when the police car switch is able to happen (the city has about 2,000 police vehicles), as they record an enormous amount of miles per year, per vehicle.  In total, an electrified police fleet has the potential to save taxpayers $10 million in gas per year according to the mayor's office said.

“Our police fleet consumes over two million gallons of gas a year. If the city could get a plug-in hybrid police car that averages 40 miles a gallon, and still provide all the necessary features needed by our officers, we could save taxpayers six to ten million dollars a year; and again reduce our dependence on oil.”

The Indianapolis area is already one of the nation's leading EV-adoption locales, and features over 200 public charging stations already, with the city working with private business to add many more.

We can only hope more cities follow Indy's lead.