Because It's Earth Day: We Revisit 40 Years of Electric Mobility at BMW 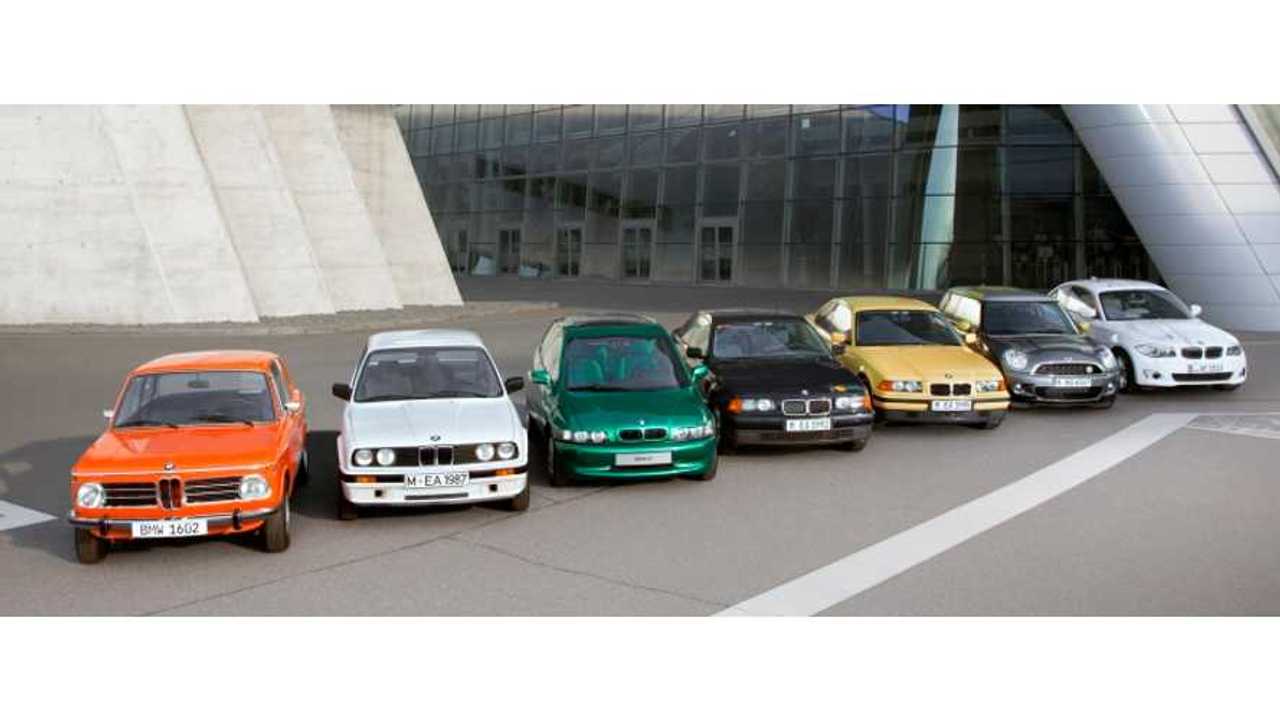 Back in 1972, BMW envisioned a future ripe with electric vehicles.  The German automaker used the Olympic Games in Munich to display two of its first-ever converted 1602 electric-powered vehicles.  At the time, BMW was likely unaware that it would still be developing prototype electric vehicles 40 years later, but the now almost forgotten early electric Bimmers serve as research and development projects that would later enable BMW to launch both the Mini E and ActiveE and eventually the i3 and i8.

Since there's way too much history to cover here, we thought it least wasteful of your time to only post images and vital specs for BMW's arsenal of electric machines.

With 40 years of history in the books, we look forward to the future of the electric Bimmers: BMW i3 and BMW i8