Fisker To Negotiate New Contract With A123's Wanxiang On Batteries For Karma. Hasn't Built A Car Since July 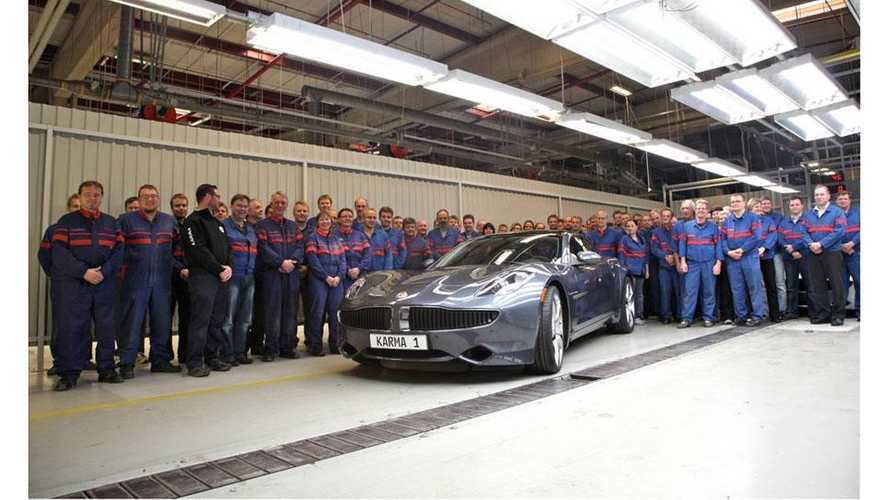 Apparently, A123 and Johnson Controls original attempt to enter Chapter 11 bankruptcy and rid the company of both debts and "under market" contracts has paid off for new owner Wanxiang, as it appears Fisker's original contract with A123 has been vacated.

Fisker spokesman Roger Ormisher said, "We plan to wait until Wanxiang takes full control of A123, then we will get in contact with them to negotiate a contract."

The spokesman notes that until that happens, and despite losing 350 Karmas in Superstorm Sandy, Fisker has a "sufficient supply of cars," while also noting, "we are not looking for a new battery supplier."

Fisker, who now finds itself on the hunt for more investment capital to bring the Atlantic to market, is currently suffering blow after blow of bad news or bad press, and the A123 bankruptcy has brung one more disappointing revelation.

Mr. Ormisher also took this moment to come clean about Karma production; and offered that no car had been built in Finland since the plant when on summer break in July.

The company hopes to restart production as soon as a new deal can be struck with Wanxiang.  In the meantime, Fisker has cut its workforce to around 300.

Earlier this year, due to production delays in 2011, the DoE froze the bulk of its $529-million loan to Fisker.

The Delaware Bankruptcy Court approved the sale of A123 to Wanxiang Group yesterday afternoon for $256.6 million, but the deal has yet to be approved by the Committee on Foreign Investment.