Though still unofficial, it's come to our attention, that a Tesla Model S owner broke past the 400-mile barrier without stopping to recharge.  Is range no longer an issue for owners of Tesla's electric vehicles?  Or is this some type of media-grabbing publicity stunt? 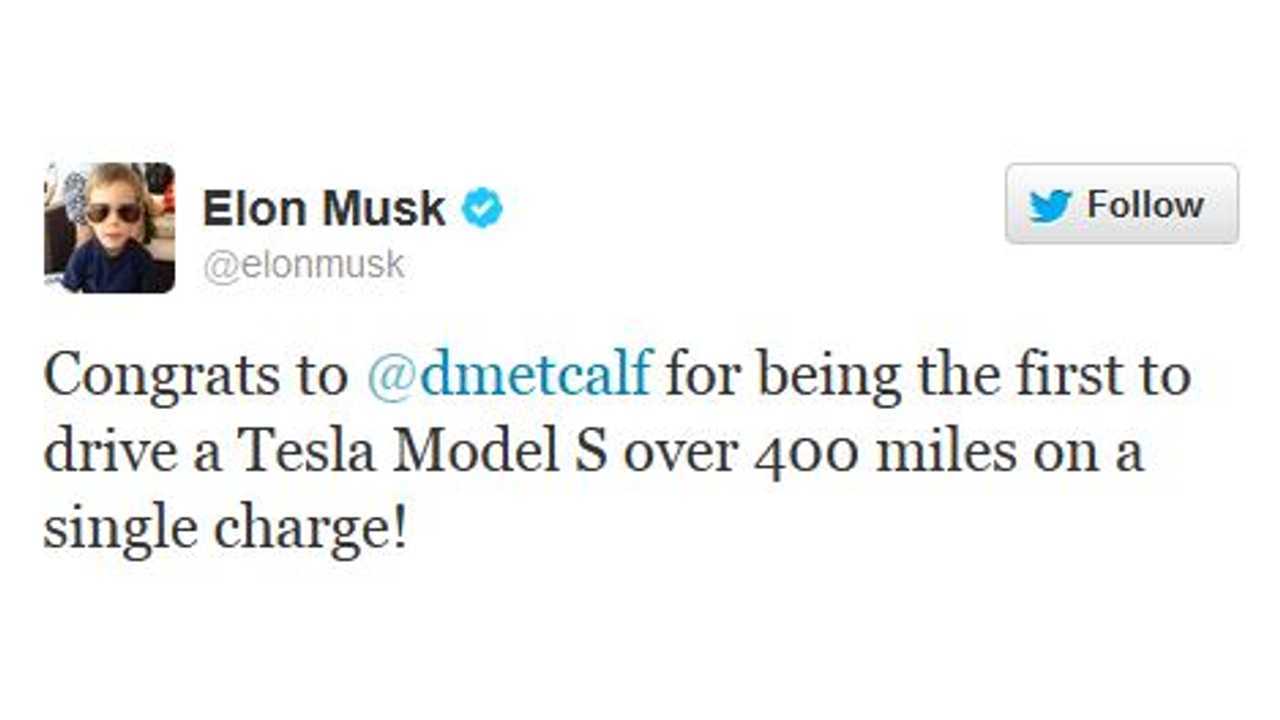 Tweet away Elon Musk! This one is definitely brag-worthy.

Truth is that Elon Musk always believed that the 85-kWh version of the Model S was capable of breaking past the 400-mile single-charge mark and even previously challenged owners to shoot for that seemingly impossible target.

Model S owner David Metcalf and his son Adam set out on the roads of Florida to see whether the Model S could indeed break past the 400-mile mark.  David didn't call it quits at 400 miles.  Rather, the duo continued to urge the Model S' electric motor to keep whirring until the vehicle came to a temporary stop (it was eventually towed home for a 10-hour recharge) at 423.5 miles.

Upon completion of this extraordinary adventure, Mr. Metcalf received a call from Tesla vice-president George Blankenship.  Even the outspoken and impossibly busy Elon Musk, CEO of Tesla Motors, found time to post a tweet congratulating the range defying duo of David and Adam. 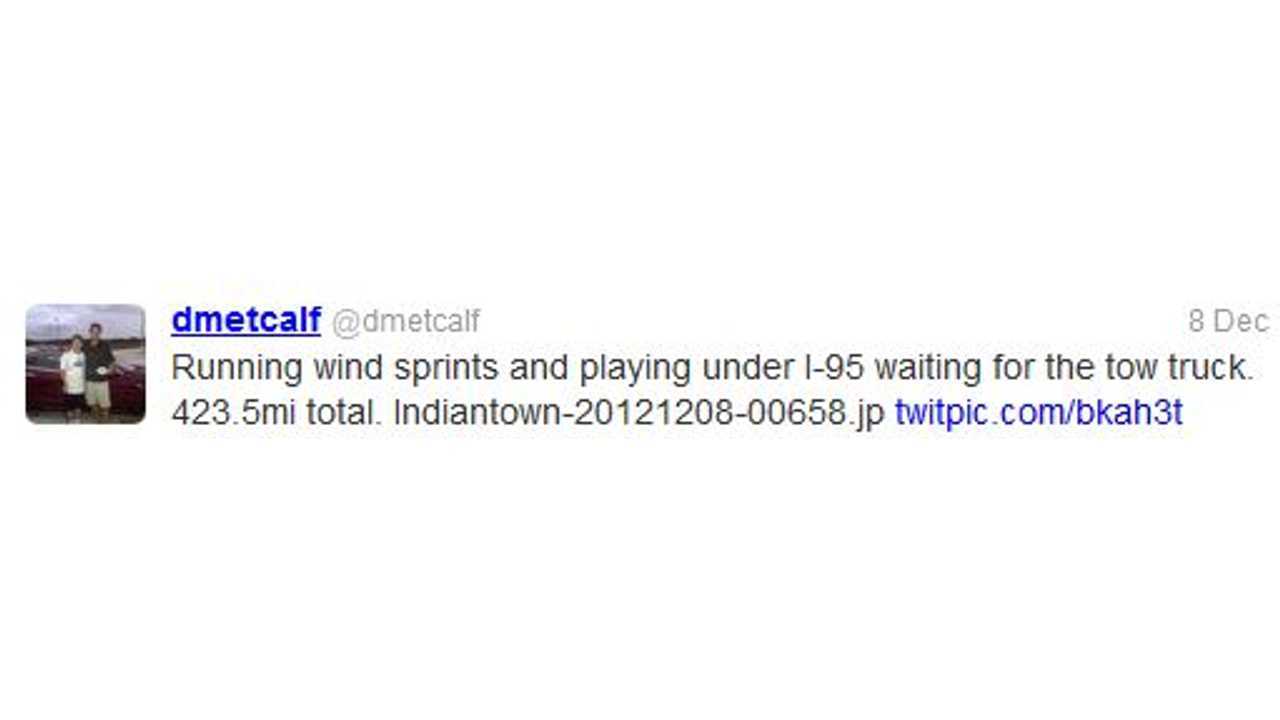 As we wait for the Guinness Book of World Records to officially verify the distance covered by this particular Model S—a time-consuming process that could take up to 2 months of evidence checking and precise distance calculations—we direct you to David's twitter feed for a wealth of additional information on this impressive feat.