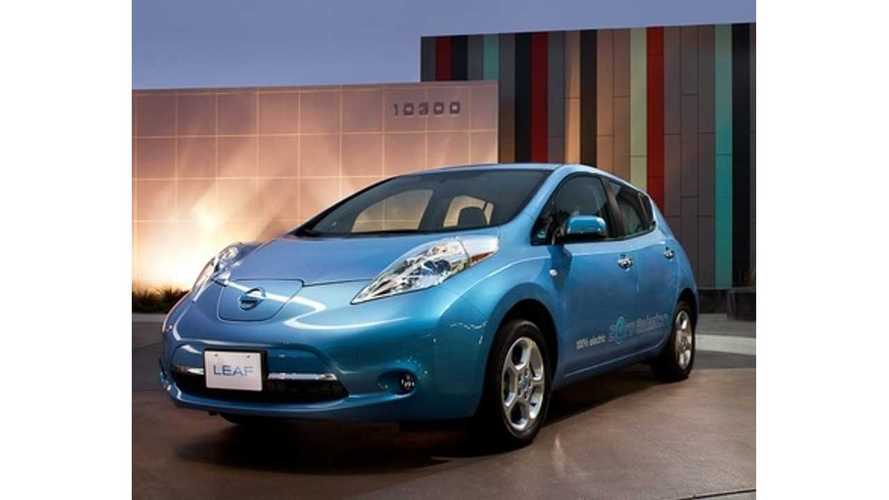 Very soon Nissan will announce 2013 LEAF pricing on North American produced electric cars.  Which means very soon you can get a longer range LEAF, for less money, as the S Model (not Model S) will be offered for sale starting in the first quarter of 2013.

And with new features, option and pricing across the entire LEAF lineup (SL, SV, S) the 2012s really have to get out of the dealerships.

To usher in this new era of more affordable EVs, Nissan is putting up to $5,500 worth of dealer rebates on the table to move product, making next month's (and next year's) race for top selling plug-in vehicle even more interesting.

Also of interest to our friends north of the border, Canadian dealerships have been advised this week that they have a $5,000 rebate program to clear out 2012 inventory.

Dealerships can now order 2013 inventory for their stores, although entry-level S models are in tight supply (and not yet priced), so 1 per dealer for now.  Nissan's Smyrna, TN is expected to start shipping US-made 2013 cars to dealers around the 1st of February.

(thanks to Sean @ Nissan for some data)