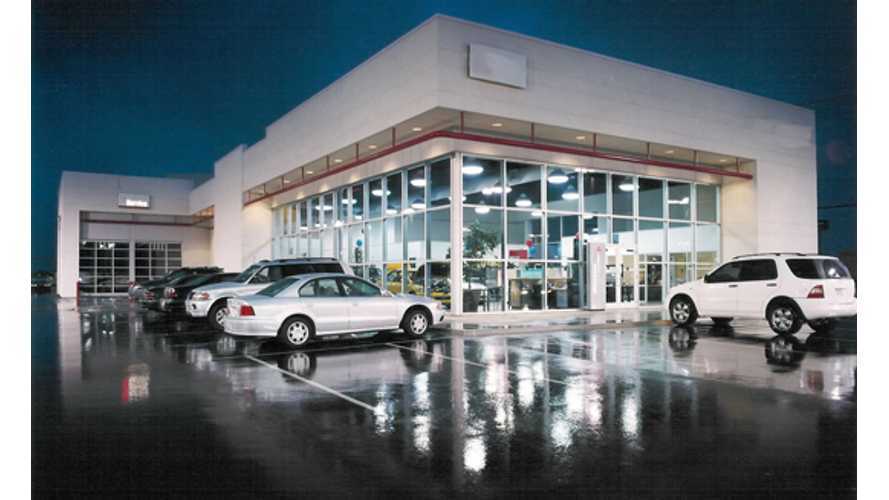 While October ranked as the all-time pinnacle of plug-in electric vehicle sales, November is shaping up to be the month where electric vehicles try to hold onto their market share as many of the incentives available in September and October to move inventory have expired.

This model-by-model list is populated as it is reported in real time by each manufacturer throughout the day. So if you don't see your EV's sales listed yet, just sit tight, it is coming.

Chevrolet Volt: In November 1,519 Volts were sold by GM, which was about half the all-time high set in October of 2,961.  This month's result ends a streak of three consecutive month of gains for their 38 mile extended range car.

There was not a lot of mystery around the cause for the drop off as Chevrolet suspended the deep discounting of the car for the first time since the 2013 model year was introduced in August.

Average incentive on the car was estimated to have fallen by about $1,500 as consumers found they could no longer acquire deep discounts along with below market financing rates.  GM November sales PDF can be found here.

Nissan LEAF:  In November 1,539 73-mile EVs were sold, narrowly missing the year-high of  1,579 LEAFs sold in October, which obliterated Nissan's previous best effort of the year.

Nissan CEO Carlos Ghosn had promised that starting in September, sales would start to "dramatically" improve.  For the first 9 months of the year Nissan had averaged 579 units per month.

News of an much cheaper entry level model and a range increase for model year 2013 LEAFs, that will go on sale next quarter may however adversely affect sales in Dec and Jan.  Nissan sales PDF can be found here.

Update:  December sales will also be strong thanks to new rebate program just introduced for December.

Tesla Model S: Tesla does not give out exact monthly sales. However, consistent SEC filings, and production tweets let us be fairly accurate on how many all electric cars the California start up has made.

After selling about 300 cars in October, Tesla produced almost 800 more in October, bring total production close to 1,400.  However, by no means did Tesla sell that many in the US.

While Tesla ramped up to over 200 cars produced per week in November, and will ratchet that up to 400 per week for December, the company started also making Canadian Spec 85 kWh Signature Performance Model S plug-ins mid month.  We estimate around 400 Model S EVs were sold in the US in November.

Fisker Karma: Like Tesla, Fisker does not report monthly sales.  Fisker also is not keen to report bad news until the last possible moment, so November is a very mixed bad for the maker of the extended range Karma.

Sales, depending on how you look at them, were at an all-time high in November with Fisker booking transactions for over an estimated 400 Karmas.  Unfortunately Superstorm Sandy took possession of about 350 of them, as many cars scheduled for US inventory burned or drowned on a New Jersey port in November.

While Fisker will likely not receive the full retail value of these cars, the destruction of these cars would have been excellent news as the automaker had been struggling to provide Valmet Automotive (who makes the Karma for Fisker) enough orders to keep the Finnish assembly plant running efficiently.

However, since US battery maker A123 went bankrupt earlier this year, the battery maker stopped provided lithium battery packs to Fisker, and the Karma line has been idled for over a month, with no re-start date on the horizon.

Toyota Prius Plug-In:  For November 1,766 plug-in Toyotas were sold.  This result was the company's 2nd best all-time, and the third consecutive sold month of sales.

A total of 11,368 PiPs have been sold, good for second best in the plug-in business behind only the Chevrolet Volt.

In a very un-Toyota like way, the Japanese company has both been heavily advertising the plug-in Prius and discounting the car (by as much a $5,000 in total incentives) at the dealership level.

For October, 1,889 partially electric Toyotas were sold, which was the company's best result to date.

Furing the month, the number of dealers selling the C-Max Energi tripled in November, moving from 67 to over 200.  In very limited release in October, Ford still managed to sell 144 plug-ins in October.

Also helping future sales will be a bulk fleet order of 2,000 C-Max Energis placed by General Electric, who has committed to buying 25,000 plug-in vehicles (from various manufacturers) over the next 5 years.

Ford also earlier announced that the plug-in C-Max got $1,500 cheaper in California thanks to its inclusion in the CVRP program. The Ford also now qualifies for HOV access stickers in California.

Honda Fit EV:  Reporting on sales of the Fit EV, is like reporting on the state of professional hockey.  Boring.  And when you don't have the sales, you talk percentages.

The electric Honda was its sales surge 62 percent in November as the company set an all-time high of...26 Fit EVs sold

Honda is building the Fit EV strictly as a compliance car, and has only sold 74 over the vehicles first 5 months, with 16 previously moving off lots in October.

Looking ahead, we anxiously await adding the Accord Plug-In to our monthly recaps, as Honda said the car would go on sale starting January 15th, 2013 (in California and Oregon).  The company just last week released more details and pricing ($39,780) on the 13 mile extended range hybrid.

Ford Focus Electric:  Ford posted its best result to date on its electric Focus with 179 EVs sold during November.

The best thing to ever happen to sales of the all-electric Ford was the addition of the C-Max Energi, as dealers who had been reluctant to retrofit their dealerships to qualify to carry plug-ins are now doing so in droves.

Just last month sales jumped from 59 to 144 as the dealership base almost doubled.

Better still, Ford had expected the less than 100 dealers to more than triple to 350 by early 2013, but now over 900 are in the process of being able to carry the electric Focus; and with that, sales are surely to continue to improve.

Toyota RAV4 EV: The RAV4 EV suffered its second month of sales decreases as Toyota only managed to sell 32 of its 100 mile collaboration with Tesla.

Currently only available in California (and in limited quantities), last month Toyota sold 47 RAV4 EVs in its second month on the market, and 140 in total.

Mitsubishi i-MiEV:   The plainest of all electric vehicles also has the plainest sales.  Every month Mitsubishi sells thirty-something i-MiEVs, that is until this month when Mitsu blew past old benchmarks to sell...42

To say Mitsubishi was a consistant performer would be an understatement.  Here are the previous six month results: 42-33-33-37-36-30

Unfortunately if you are a fan of the little Japaenese kei car, you got some bad news last month, as Mitsubishi said it will focus on plug-in extended range cars, like the new Outlander PHEV (due out mid 2013), and will not make a next generation for the i-MiEV, which is already in its 5 year model year.