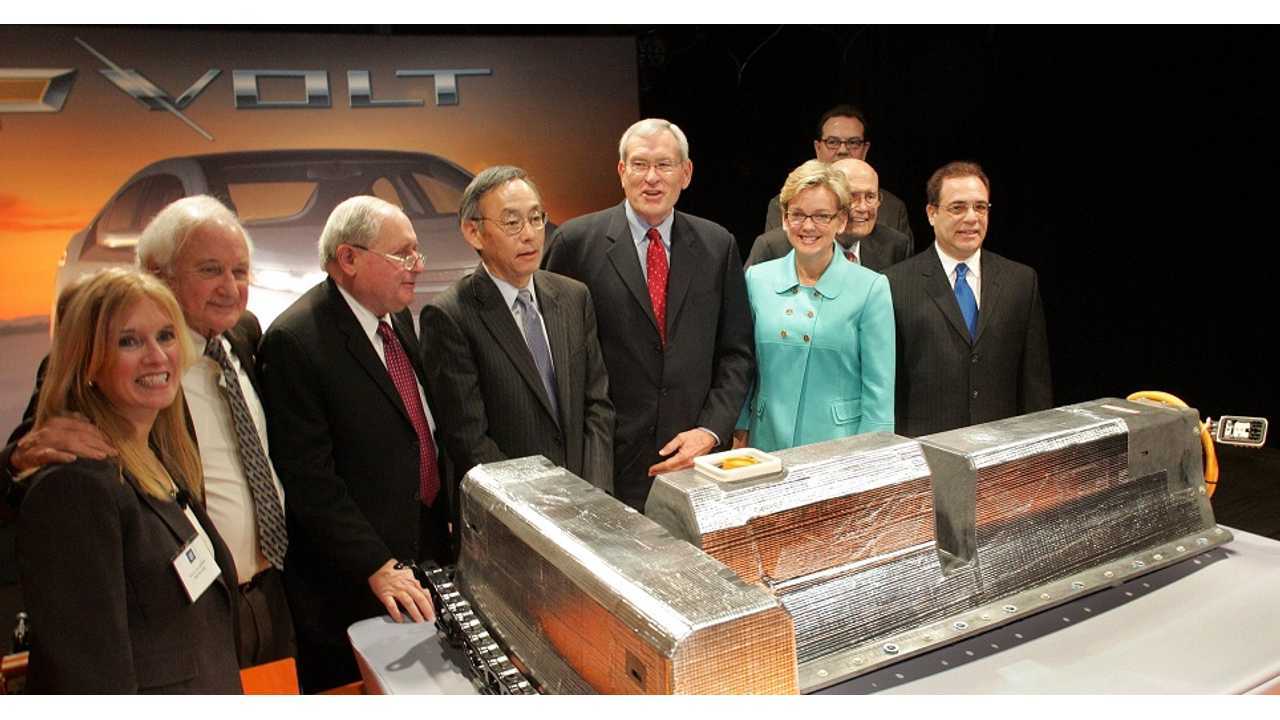 The last time the government attempted to kick start the electric car battery business it injected over $2 billion into 29 different companies at various stages of the  process.  Many believe in so doing, they over-stimulated a market that was not ready for the amount of capacity that was coming online.

Many of these companies were deemed (in hindsight) to be way too small for the amount of cash they were infused with, while others undeserving.

This time, the government will invest only a fraction of the prior commitment, $120 million to companies/research firms that are already well established and that are seen as specifically advancing battery technology to make the cost of electric vehicles come down.

The group will be lead by the Argonne National Laboratory, and they will dispense the $120 million over five years to establish a new Batteries and Energy Storage Hub. The Hub will combine the R&D firepower of five DOE national laboratories, five universities, and four private firms in an effort aimed at achieving revolutionary advances in battery performance.

“This is a partnership between world leading scientists and world leading companies, committed to ensuring that the advanced battery technologies the world needs will be invented and built right here in America,” said U.S. Secretary of Energy Steven Chu.  “Based on the tremendous advances that have been made in the past few years, there are very good reasons to believe that advanced battery technologies can and will play an increasingly valuable role in strengthening America’s energy and economic security."

Of Argonne Labs taking taking over the project, Representative Dan Lipinski  (IL) says this award will make Argonne the "world leader in an emerging field that will promote American energy independence, make green energy more available and affordable, and grow manufacturing in the region."

Will this project be more successful than that of the last?  It seems to us that this is a far more measured approach, and the money is more finely tuned to advancing the technology.

However, unlike the previous investment tranche, where success could be finitely measured by the success or failure of the companies being invested in, there is no yardstick here for evaluating its return on investment.

To read more about the program and what it entails, check out the DOE's website on the new Hub.