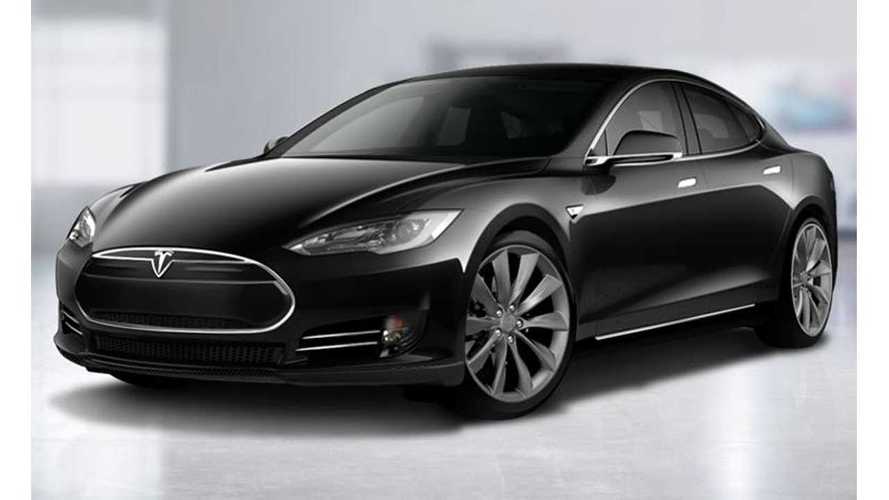 The move had been foreshadowed by the company last week, and we speculated at the time that it most likely had come about in order to preserve automotive margins on the vehicle which are forecasted to be under pressure in the first and second quarter of the new year.

The base 40 kWh Model S, which has not actually started production moves from $57,400 to $59,900.  To soften the blow, Tesla has said that all trim levels of the Model S will now feature adjustable 12-way, heated front seats for no extra cost.

Interestingly, that amount would exactly use up the current administration's pledge to increase the $7,500 federal EV incentive program up to $10,000, thus making the car the same net price to the consumer.  All trim levels (40kWh, 60 kWh, 85 kWh and 95 kWh Performance) have increased in price by $2,500.  However, the Performance package now has 19" wheels as standard, and the 21" will be a $3,500 option.

Tesla explains the increase another way:

During this same period of time most automotive companies have had at least three price increases and general inflation (CPI) has gone up 8.75 percent. A straight 8.75 percent CPI increase would now yield a base price for Model S of $62,400, an increase of $5,000. Tesla is increasing prices only half that amount, giving Model S a new base price of $59,900 before federal tax credits.

Tesla notes that current reservation holders, and those who still order before January 1st, 2013 will not be affected by this pricing increase.

Seperately, Tesla finally updated owners on how much an out of warranty pack replacement will cost should they be looking to pre-purchase that option.

While the pricing reflects a much lower than cost amount to Tesla today, one should note that Tesla does have a significant rider on the purchase of these packs and when you can receive them:

"We have received many requests for a Battery Replacement Option. We are happy to now offer this option for all three battery variants. This option will provide you a new battery anytime after the end of the eighth year at a fixed price. (listed above) You will be able to purchase this additional option through your MyTesla page in the near future."