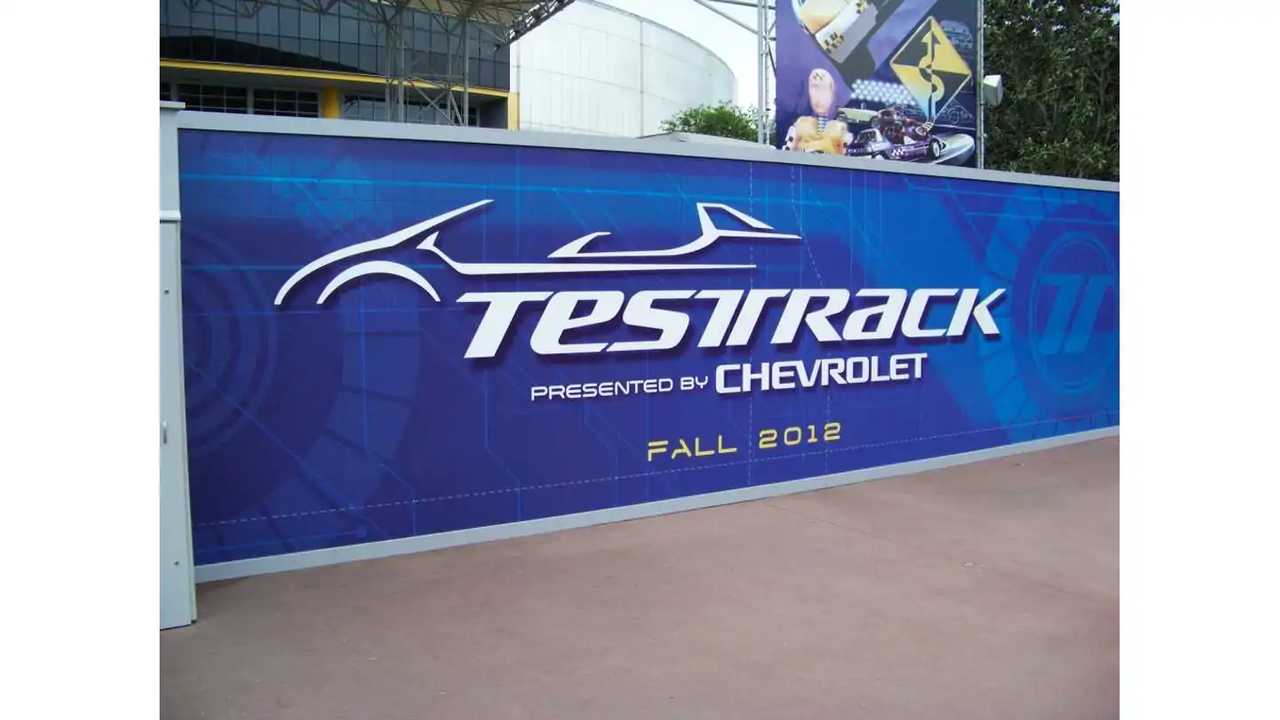 GM and Disney first opened Test Track in 1999, a ride which replaced what was the "World of Motion", and it quickly became a park favorite.

Unfortunately, if you had gone in it over the past 3-4 years it was getting a little dated, and the message it was sending was becoming blurred.

An earlier heavy bias to Pontiac and Saturn products did not make a lot of sense after the company discontinued those brands during GM's bankruptcy in 2009, so a hodge-podge of designs and vehicles made its way into the attraction thereafter.

Now GM and Disney have shuttered the ride to do a complete overhaul.  Soon in its place will be all the latest cutting edge technology, concepts and a Chevrolet theme that more fits the company's contempory, but environmentally friendly future.

Also, confirmed for attendence is the Chevrolet Volt and the concept Chevrolet Miray.

The Miray is a "future tech" vehicle thats powertrain consists of two electric motors up front, each producing 15 kW (20 bhp), coupled with a 1.5 liter four-cylinder turbo engine driving the back.  Power for the electric motors is provided via a 1.6 kWh lithium-ion battery pack recharged through regenerative braking.

“The re-imagined Test Track portrays an optimistic view of the future, and reflects the deep collaboration between Disney and Chevrolet on both the design and the overall experience. It’s a thrilling attraction supported by rich exhibit displays and interactive elements that bring guests directly into the design process – with a few surprises thrown in.”

GM says it has been working on this new collaboration for about 18 months, and Test Track will re-open on December 6th, 2012.