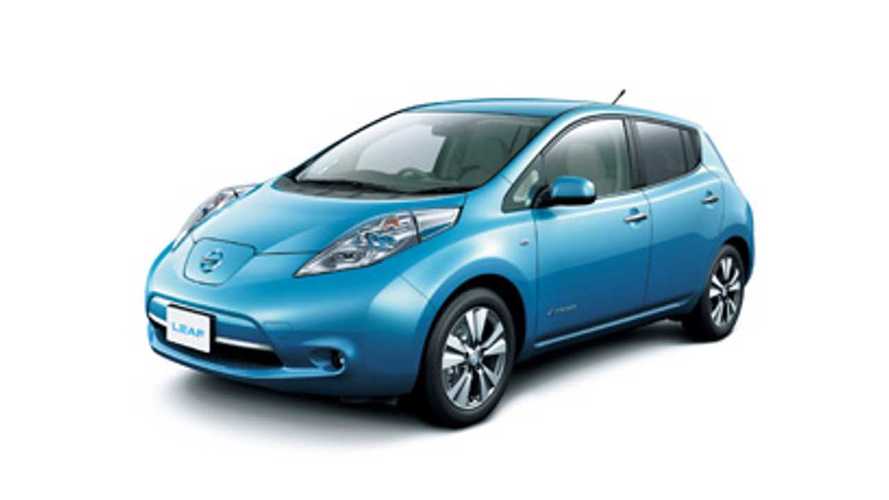 Nissan has announced the release in Japan of the updated 2013 Nissan LEAF, which has received a number of improvements as well as a new low cost entry level model.

"The affordable S grade has been added for the new model year and joins the ongoing G and X grades. There is no performance sacrifice with the new S grade."

Some of the new upgrades are:

Range has increased to 228 km from 200 km on the Japanese JC08 mode, which as most of us know by now is an impossible-to-duplicate in the real word scenario.

However, the percentages would indicate that the current LEAF's 73 mile (EPA) range will soon be expanding to about 83 miles, which is good news.

As mentioned in the Nissan press release in Japan, you do not sacrifice any range if you buy the cheaper "S model."  The pricing structure in Japan is as follows:

Again, the literal yen to US dollar conversion is not important, but the pricing structure itself is.  The new S model is 12% cheaper than the old entry level offering, so although US pricing has not been announced for the current SL and SV once production begins from Smyrna, TN next month, we can assume the new LEAF is getting at least 12% cheaper.

“There are two aspects to today’s update. One is a natural evolution. Second, we are able to offer the kinds of upgrades that our customers want to use, based on customer feedback,” said Chief Vehicle Engineer Hidetoshi Kadota.

We spoke to Nissan North America early this morning, and understandably they are not keen to announce anything ahead of their own 2013 LEAF launch.  They also really don't want parallels between the Japanese JC08 test cycle to get confused with any future US ratings...which makes sense considering 228 km = 141 miles:

"Specifications for the model year ’13 Nissan LEAF in Japan were released on Nov. 20 and apply only for that model designed for the Japanese market. Information on the 2013 Nissan LEAF in the U.S. will be released closer to its on-sale date here. As with prior model year LEAFs, specifications between markets are unique. Ratings such as range differ based on the governmental testing procedures in individual markets."

Additionally, there are a pile of other new features and options for the LEAF in 2013.  Our favorites are a gauge that expresses battery remaining by PERCENTAGE, and an option for leather and a dark interior:

Premium Black Interior With Leather (And The New Bells And Whistles)

Nissan is also quitre proud that they have developed a new electric motor in this generational update of the LEAF that will reduce the use of dysprosium (Dy), a rare earth element (REE), by 40 percent compared to conventional EV motors.  (Nissan has a whole press release on this new development here if you are interested)

If you happen to be fluent in Japanese, you might appreciate Nissan's video conference call from late Monday night: