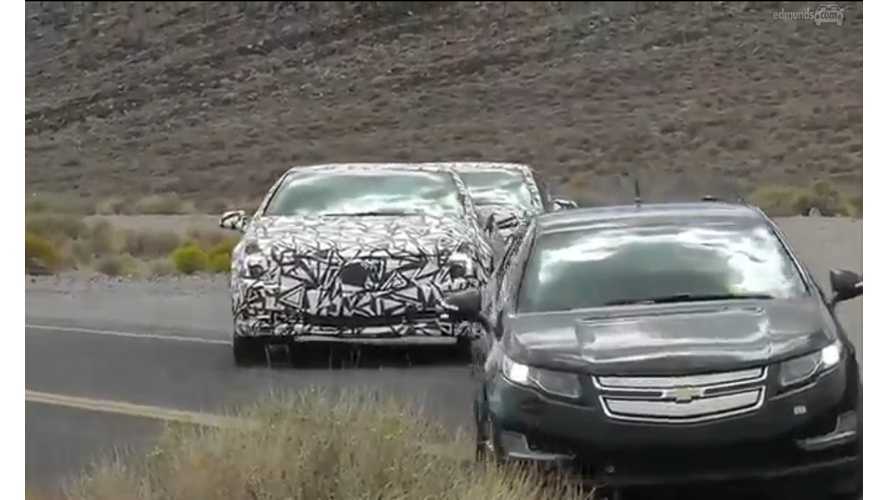 The Cadillac ELR officially breaks cover this January at the NAIAS (Detroit Auto Show), but who doesn't want to see a little "spy" footage before then?  We are putting "spy" in parentheses because it looks like a pretty official unofficial release from General Motors to us.

But who cares?  Our first real good look at the Cadillac ELR in action can not be a bad thing.

GM says ELR will start production later in 2013, and that the Cadillac will be sold as a model year 2014.

However, we know production has to start by at least August 19th, 2013, as the Pebble Beach Concours d’Elegance has already confirmed that a production Cadillac ELR off the line from Michigan will first be displayed at their event next summer.