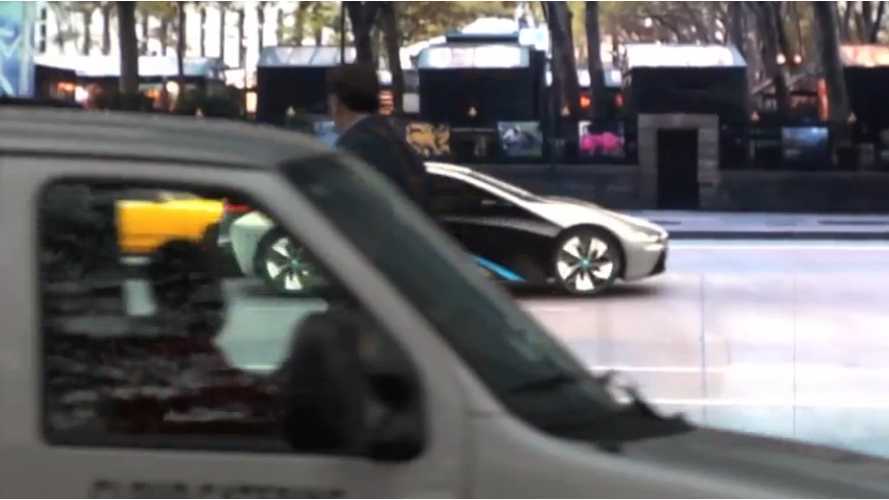 BMW naturally calls the display at 42nd Street and 6th Avenue, across from Bryant Park in NYC, the BMW i Window.

The i Window, through the help of 3 cameras (that put out 80,000 lumens of brightness) and an intelligent car-tracking app, remap actual New York passenger vehicle traffic that pass by the window and convert them into BMW's electric vision of the future.   So the only reflection New Yorker's see as they pass by, is that of the upcoming BMW i3 and i8.

BMW also keeps a running tally of how much gas would be saved should all the passing vehicles go "electric."   Through November 16th, $493,507,216.

The BMW i brand will also be expanding quite soon, as the i4 plug-in is expected to debut at the end of this month at the Los Angeles Auto Show.