Nissan Looks To Brings Europe's Best Selling EV To Japan. US Next? (Video) 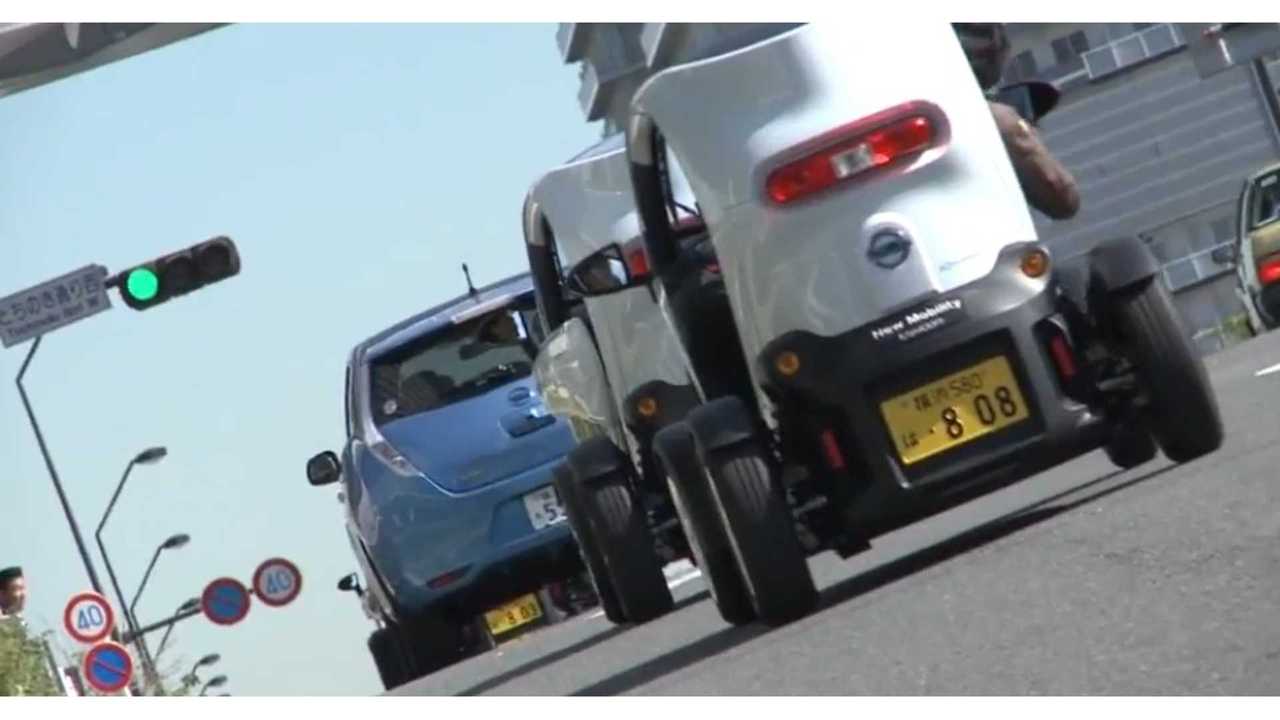 Do you know what the best selling electric car is in Europe?  Its not the Opel Ampera, Chevrolet Volt, or Nissan LEAF.

It is the Renault Twizy, an incredibly small 2 seat fully electric vehicle that, in many places in Europe, you do not even need a license to drive.  Last month Renault sold 399 of them, bringing their 2012 Euro-zone total to 8,292.

Now the car is being targeted at Japan, as a special trial is underway now in Yokohama.

There is a couple problems however in bringing this EV to Japan (and perhaps the US therafter).  For starters, in Japan you can not yet legally drive one.    Then you have the fact it is a Renault; and Renault's marketshare in Japan is .005 of one percent.  That is not very big.  Renault has sold 2,587 vehicles in total so far in Japan, which is an excellent result compared to the zero sold here in the US.

Fortunately, Renault has a two-way alliance with Nissan.  So let the re-badging begin!

Top View Of The Little Electric Car From Renault-Nissan

Nissan is showing off the Nissan New Mobility Concept this week in Japan (better name surely en route).  A 80 km/hr (50 mph) electric car that is made in Valladolid, Spain.  The car is powered by a 7 kWh lithium battery and has a range of 62 miles.

After that, there really is no advantage to driving around the tiny electric box (other than on nice days it is as much fun to drive as it looks), but we feel being able to drive electrically for under $9,000 is still going to raise a few eyebrows, especially in big cities.  And Japan has a lot of big cities, as does the United States.

The Renault Twizy made a visit to New York earlier this year, and while the brand Renault is not coming to the US anytime soon, the Twizy (or yet to be properly named Nissan variation) was strongly hinted to be coming, "the Renault Twizy won't go on sale in the US ... but you just wait and see".

And yes, the Twizy is also now available with doors and full windows.

(Video Below:  Testing of the Nissan NMC In Japan)