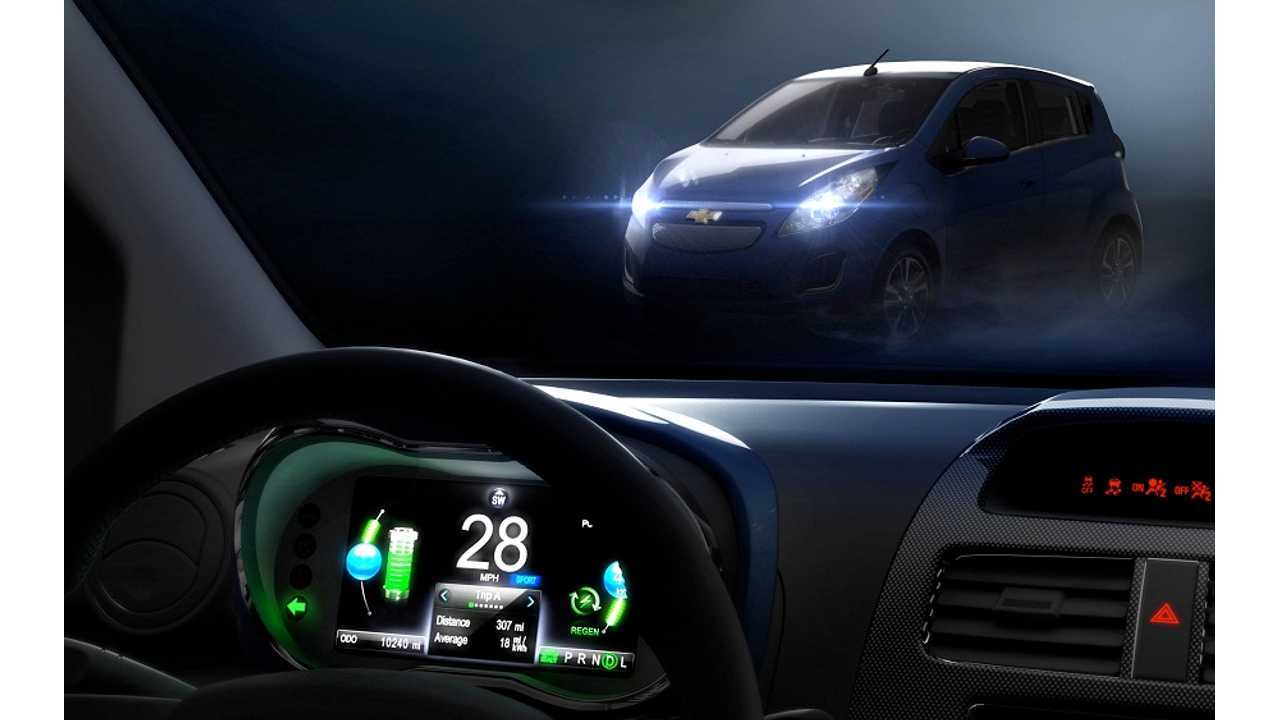 General Motors will debut its first all-electric vehicle, the Spark EV, this month at the Los Angeles Auto Show, the company announced today.

The Spark EV is all part of the remaking of the Chevrolet brand, and is one of 13 new or significantly redesigned products that Chevy will be launching in 2013.  The company will also be showcasing the expanded functionality of an advanced version of MyLink, which will first be seen in the upcoming 2014 Impala.

“The Spark EV and next-generation of MyLink demonstrate Chevrolet’s commitment to delivering the advanced technologies that today’s consumers will be eager to adopt and truly value,” Chris Perry, vice president of Global Chevrolet Marketing.

We must note that GM does not have a lot of confidence that today's customers will be that eager to adapt to the Spark EV, as reports have it being held to a very limited production run, more on the scale of a compliance car, for its US debut.

GM says that building on the success the gas version of the Spark has been met with, "the plug-in electric version of the Spark EV will offer consumers the same package that has made the gasoline-powered model so popular while delivering the technology and performance of pure electric power."

Very little is known on the electric Spark, other than an 85 kW (114 bhp) motor  will be powered by a 20 kWh battery provided by A123; or rather by whatever company controls its automotive business after a bankruptcy hearing next month.  List of suitors include Chinese part giant Wanxiang and Johnson Controls.

Early pricing estimates by analysts put the car at just under $30,000; although $27,499 sounds really good to us, which would let Chevy advertise it as $19,999 after federal credit.

InsideEVs spoke to GM spokesperson Annalisa Bluhm, and she noted the Spark EV will indeed be built in 2013 in South Korea (Changwon), and will be sold later in 2013 in the United States as a 2014 model.

Hopefully, the Spark EV's debut will also fill in all the blanks on what the car can do, and more importantly, how much it costs.