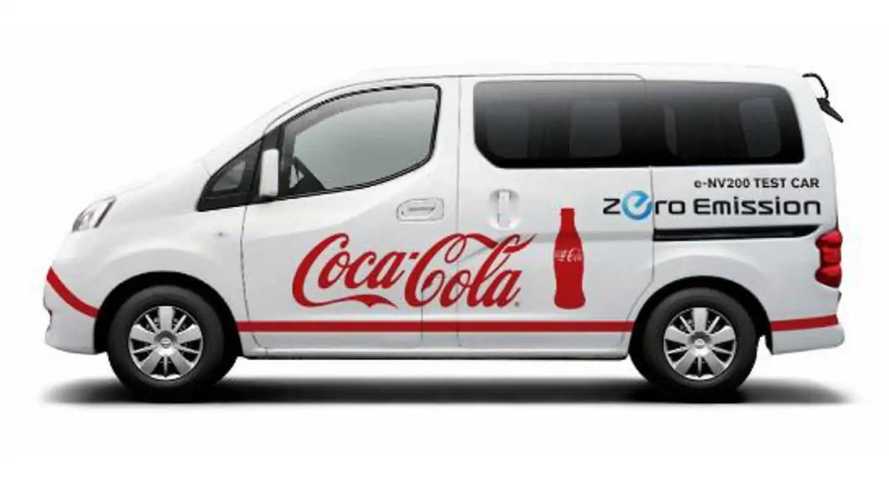 While the rest of us are forced to wait until late 2013 for the chance to own an electric van, Coca-Cola takes delivery of one next week from Nissan.

In a cooperative agreement between the two companies, Coca-Cola will become the latest corporation to test Nissan’s 100% electric van.  Naturally, the vehicle is already emblazoned with a lot of promotional signage.  Who advertises better than Coke?

British Gas, Part of the Global Proving Test For the Nissan e-NV200 Due Out In 2013

Other companies that have, or are now testing, Nissan's e-NV200 van in a commercial application are AEON, FedEx Express and British Gas.

Coca-Cola will use the e-NV200 as a regional sales vehicle in Yokohama, Japan. Coke will use the van to evaluate its performance and practicality against a conventional internal-combustion engine vehicle.

The van will be recharged only at night when electricity consumption is low to determine if a nightly charge is sufficient to meet user needs during the day.

The e-NV200 is powered by the same 24 kWh lithium battery and powertrain as that of the LEAF, and is expected to have a EPA range of about 70 miles when it comes to the US.    Production will begin out of Barcelona Spain, likely in the spring of 2013, with an expected US arrival date in the following fall.

The e-NV200 will come in three versions.   A one row business van model (estimated to start in the mid-$30K).  As well as a two row combi, and a conventional 2 row/5 person variant.

Nissan's e-NV200 Interior Is Reminicent Of the LEAF