Report: New Tesla Roadster To Hit Market In 2017 As The Model R 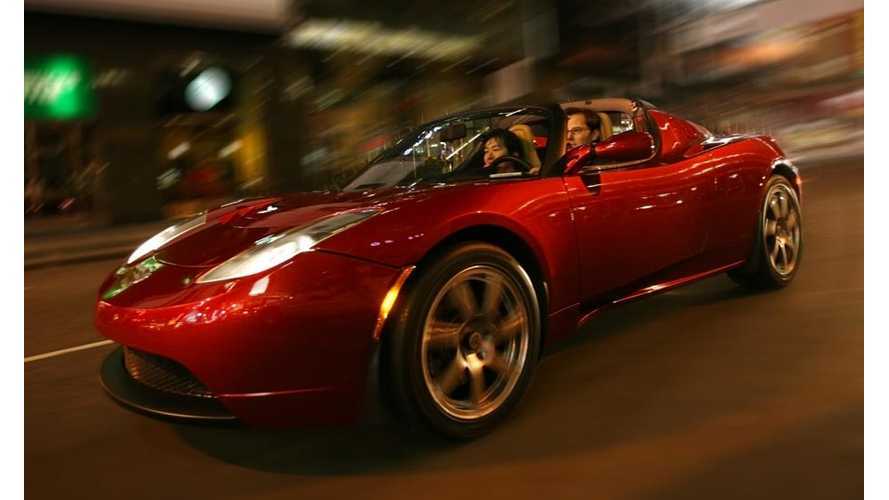 There is a report out of the UK that says Tesla's flagship, two seat sports car will be returning better than ever, and with a new name.

Auto Express states that the all-new Roadster from Tesla will debut in 2017, and will be re-branded as the Model R.

The report says that Tesla is looking to compete in the uber-premium market with the new Roadster, and will set "its sights" on Ferrari.  The Model R they forecast will come to market in 2017.  The article does not cite any hard source for this information, but nonetheless adds that Tesla will not be looking to Lotus for gliders (as they did previously), but will use a new "skateboard" designed by Tesla to unpin the car.

Amazingly, Auto Express says that the car will not only beat the original Roadster's 0-60 time of 3.9 seconds, but will have also have a range greater than its predecessor. (245 miles)

The whole thing seems a bit sketchy to us, as we feel that Tesla themselves probably do not have a firm grasp on the what, when and how of a new Roadster.   Especially considering the amount of focus (and money) it is taking Tesla get the Model S to market, to say nothing of the upcoming Model X and future BlueStar.  (Tesla's entry level electric car)

Then there is this quote from the UK outlet:

"It (the new Roadster skateboard) also underpins the new Model S saloon and the Model X crossover, due in 2014."

The Model S platform is quite frankly not well suited to take on 'anything Ferrari' if it is reincarnated as a Roadster, maybe a over-sized, overweight Camaro, but nothing in the 100K+ super car range.  A more likely option for the Model R would be the smaller, BlueStar platform, set to debut in 2015.