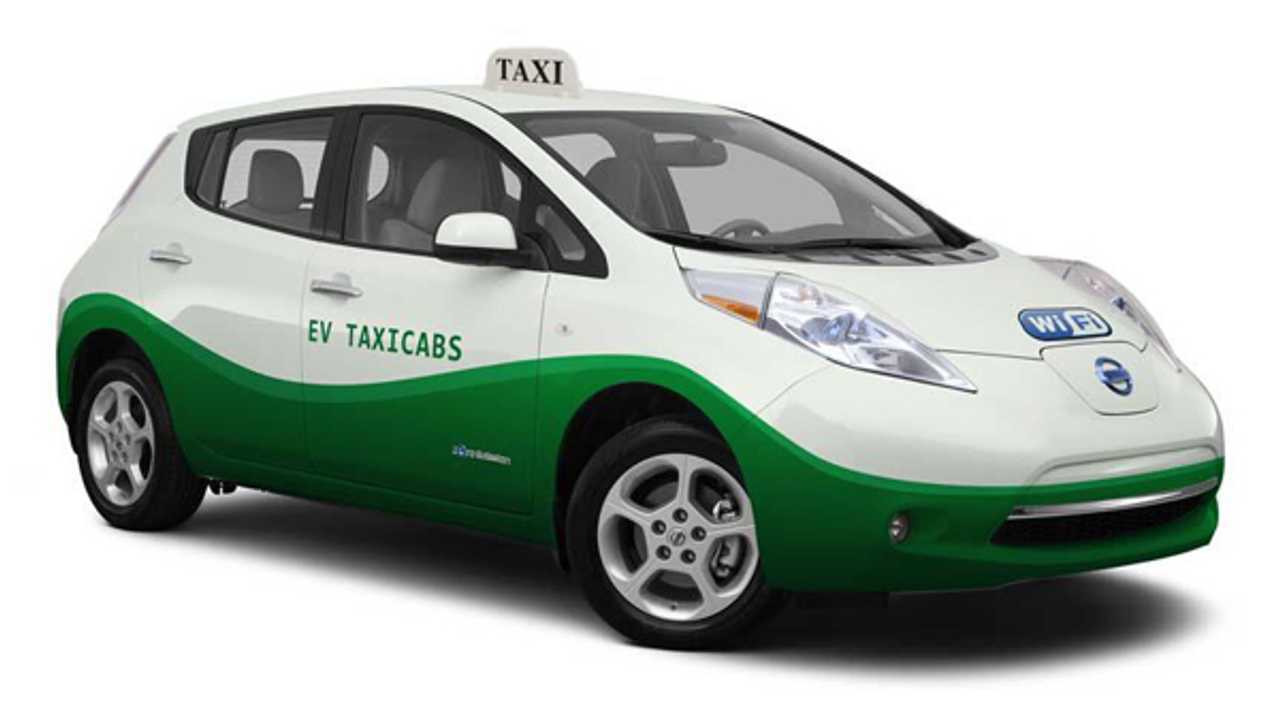 Last month, the Electric Vehicle Taxicab Company (or EV Taxicabs) said it is looking to launch the first all-electric fleet in the US in Arlington County.  This fleet would consist soley of 40 Nissan LEAFs, fully equipped with wireless internet in the backseats (via iPads), and as such would allow the riders to pay with a credit card via the system. (a requirement for new cabs in the area)

Matt Kattak (founder of EV Taxicabs) told the Washington Examiner, "Now is the time to be more technologically advanced.  No one should be going around asking different cabs if they take credit cards."

As always, anything new needs legislative approval, and the addition of 40 cab licenses only adds to drama.   The Artington County Board will meet later this month to decide whether to add the electric fleet to the 765 taxis already operating in the county.

Now Arlington officials are attempting to shoot down the bid as best they can ahead of the meeting, and are asking the board to deny the fleet access to D.C. roads.

The Arlington Transportation Committee voted 5-0 to advise the board to deny the recommendation from the County Manager to allow the 40 car electric fleet to go into operation.  The committee says that the technologies behind EVs are not yet advanced enough to guarantee the LEAFs will be able to make it to their final destinations before their batteries die, leaving passengers stranded throughout the county.

EV Taxicabs, in their bid to license their electric fleet had anticipated this reaction, and had told the Board that if approved they would install fifty Level 2 chargers and six DC fast chargers (through Aerovironment) around the county to ensure adequate coverage for their 73 mile (EPA) mile electric cabs.

While we are not covering the beat by any stretch in this county, it seems to us like there is a lot of pettiness going on, and perhaps a reluctance to let a large "carbon neutral" taxi company move into a traditional gas marketplace.

After all, if we were taking a cab, you can bet we would call the emission free, wireless internet, credit card taking, brand new vehicle, all-electric LEAF taxi cab company before picking up the phone for an old and busted Crown Victoria to come pick us up.

And we are betting a lot of other people would too.

Maybe someone should tell the officials in Arlington about the dutch taxi cab company TAXI E that employs 12 LEAFs, and logged 250,000 km (155,000 miles) in the first six months without a single person being stranded. (Groen7-google translate from dutch)