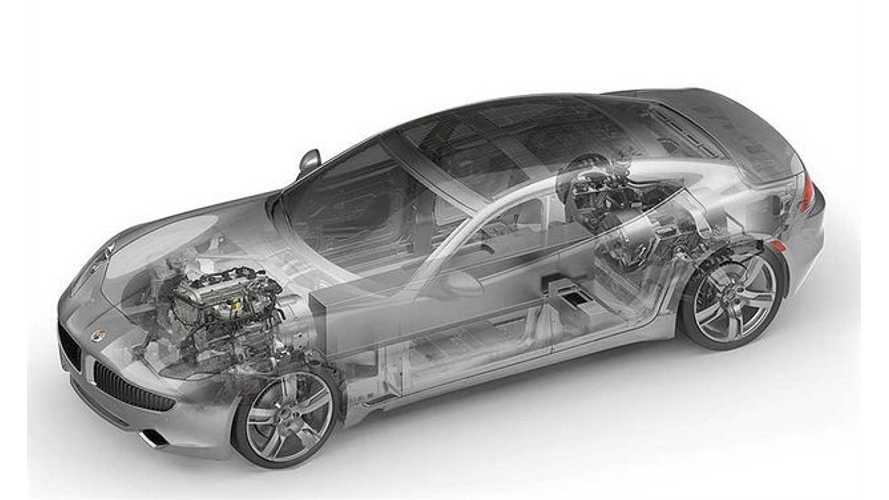 Not The Best Day For Henrik Fisker Or His Karma

A few weeks ago, and unhappy with a $450 million dollar takeover deal earlier arranged with Chinese parts giant Wanxiang, US battery maker A123  filed for bankruptcy protection.

Through the bankruptcy progress JCI - Johnson Controls Inc., said they would spend $125 million to buy all of A123 automotive business, and related technologies and contracts.

However, since the bankruptcy was announced there has been some legal wrangling between A123, Wianxiang, JCI, and now Fisker over the eventual fate of the company.  Specifically, its contracts, and how A123 would be divided up (and by whom) going forward.

Apparently A123 (and most likely JCI) would rather not have anything to do with Fisker, and supplying their extended range Karma electric sedan under its current contract, as A123 has asked a bankruptcy judge to officially void the contract.  Under Chapter 11 banktuptcy rules, any below market contracts can be vacated.

And Fisker is not happy.

For starters, there is the matter that sent A123 spiralling into bankruptcy in the first place.  2,000 defective battery packs.  Fisker told the court that it expects the bill on those replacements to total $52 million dollars in the end, and they would rather not foot any of that payout.

But perhaps more importantly, Fisker says the voiding of the contract would threaten their "ongoing business" because the company as "no near term supplier" for the Karma.

Additionally, the company says they would lose a  "contract rejection damage claim in excess of $63 million" if A123 is released from their committments.

Fisker postulates that A123 looks to void the deal in order to give JCI leverage over the company in future dealings.

According to Fisker lawyers, "...as both A123 and JCI know, Fisker has no near-term alternative supplier of the A123 Batteries used for the Karma program in the amounts that Fisker requires...Consequently, the rejection of the Fisker contract as of the petition date appears to be solely for the purpose of providing JCI with significant negotiating leverage."

A123 says the current contract with Fisker (that makes up $1 of every $4 A123 records in revenue)  is "burdensome" and that the contract as it stands is below fair market value.

The Fisker Karma currently is powered by a system and 20 kWh battery (made from 300+ individual Li-Ion batteries) provided by A123.

No word on any supplier issues between A123 and General Motors on the upcoming Spark EV, but it is thought that JCI highly values continuing the A123 contract (and relationship) with General Motors.