Tesla Model S: 2013 Car Of The Year According to Yahoo (Video) 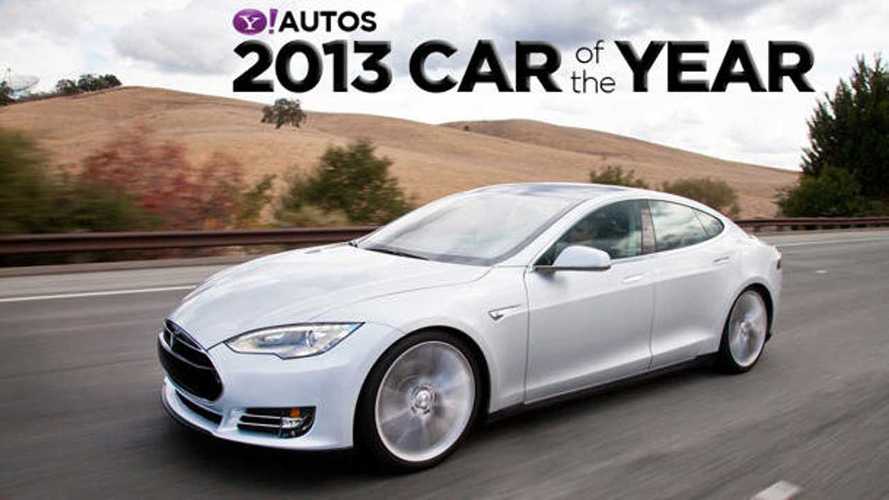 While Yahoo! Autos may not be the most prestigious name in the automotive world, the award does comes with some merit, as Yahoo! bloggers and auto journalists test drive about 100 cars over the course of a year.

Alex Lloyd, who is the editor-at-large for Yahoo! Autos (and the 2010 IndyCar Series Rookie of the Year), walks us through the choice in picking the Tesla Model S in a video produced by Yahoo! Autos (below), as well as putting the vehicle through its paces.

It is interesting to note that the first impression of the Model S for Yahoo! Autos really wasn't all that great.

In fact, it was Fisker Karma-Consumer Reports like, as the media outlet's editorial director Greg Anderson's first opportunity to drive the car started with the Tesla refusing to turn on.    At some point to did spring to life, but Mr. Anderson still has no idea why.  The review also found that the Model S driver's door would not shut properly, and the massive sunroof loudly ground open and closed.

On the flip site of the coin, Yahoo! Autos really liked just about everything else about the car, which you can watch for yourself in the video below.

The only potential issue we might have with the pick, is that only the premium 85 kWh Model S Signature Performance sedan has been reviewed and tested up and until this point by auto journalists.   And like many other outlets, Yahoo! emphazises Tesla's starting price of $57,400 while actually reviewing a $100,000+ car.