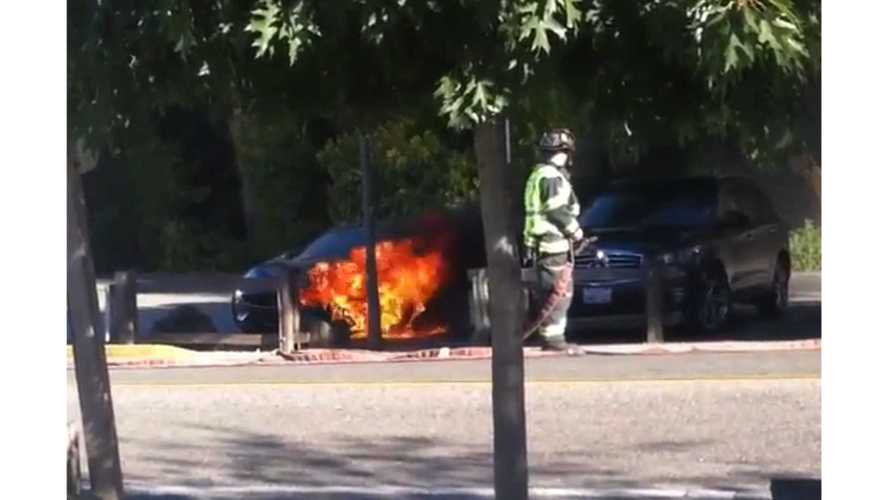 A source to Jalopnik, who reported the story said the Karmas were "first submerged in a storm surge and then caught fire, exploded."

Obviously, this is still at the very early stages of an investigation, and the fire/explosion represents a very rare (once in a lifetime) set of circumstances. However, Fisker really doesn't need anymore Karmas catching on fire, as this would be the third incident this year.  (Video of previous fire in California that was eventually found to be a defective cooling fan)

UPDATE:  Fisker Statement on the event

“It was reported today that several Fisker Karmas were damaged by fire at the Port of Newark after being submerged in sea water during Superstorm Sandy.  We can report that there were no injuries and none of the cars were being charged at the time.

We have confidence in the Fisker Karma and safety is our primary concern.  While we intend to find the cause as quickly as possible, storm damage has restricted access to the port.

We will issue a further statement once the root cause has been determined.”

Fisker (with the investigation witnessed by NHTSA representatives) said the fire was caused by corrosion from residual salt damage inside a Vehicle Control Unit that had been submerged in the storm.

That corrosion short circuited the unit, which then led to a fire when the Karma's 12-Volt battery fed power into the circuit.  From there, storm winds spread the fire into the other 15-odd Karmas in the lot, and that the reports of explosions had been inaccurate.

Check out all the carnage pictures at Jalopnik.com here