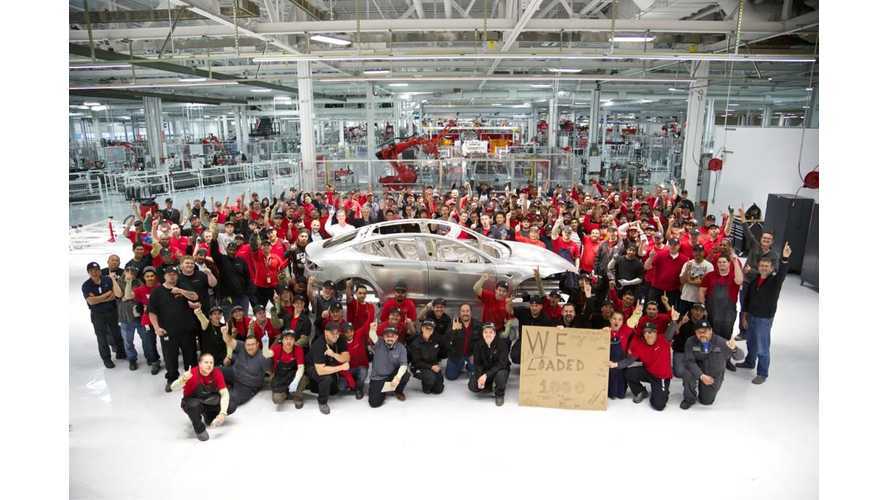 According to an Elon Musk tweet on Sunday, it appears that Tesla has completed its 1,000th Model S body, and while this is not by any means a completed car, it does illustrate that mass production of the Model S is truly underway for Tesla.

Tesla had expected to sell 5,000 vehicle by year's end, but later reduced that number to as low as 2,700 in a SEC filing in September. Sunday's news would indicate the company has a legitimate shot at achieving that goal.