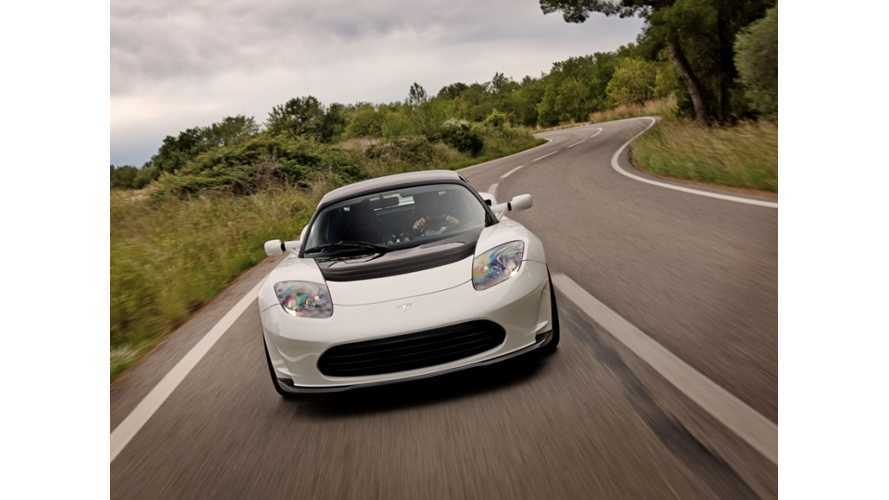 What If Your Old Roadster Is Worth More Than A New Model S?

If you currently own an Tesla Roadster and are looking to buy a Model S, and they wife will not let you keep both of Tesla's super cars, Tesla now offers you a solution.

Because Tesla doesn't have a traditional dealership system, customer do not have the ability to trade in just any car at their local Tesla dealership as a down payment on a new Model S, as your would at GM or Toyota.

The onus is on the customer to find an own outlet to sell their used vehicle on their own before buying a vehicle from Tesla;  unless that vehicle is a Tesla Roadster.

Tesla has created a buyback program for Roadster owners looking to exchange the two seat sportscar for the more family-oriented, high performance sedan.

Through the use of telemetrics and owner maintenance history, Tesla has created a formula to exactly value your car; and after Tesla buys it, they will then re-allocate it to a dealership for resale.  Your old Roadster will go as a credit against the newer Model S purchase.

"Someone who couldn't reach all the way to a Roadster before, now may be able to get one at a lower price," said Tom vonReichbauer, Tesla's director of finance. "We're able to set what I think are pretty competitive prices for these cars."

The company did not specify exactly what they would by paying to their customers on the trade in however.

It is possible that the trade-in value of the Roadster could be great than the cost of the Model S (which starts at an MSRP of $57,400), in that case, vonReichbauer said "...we'd write you a check."