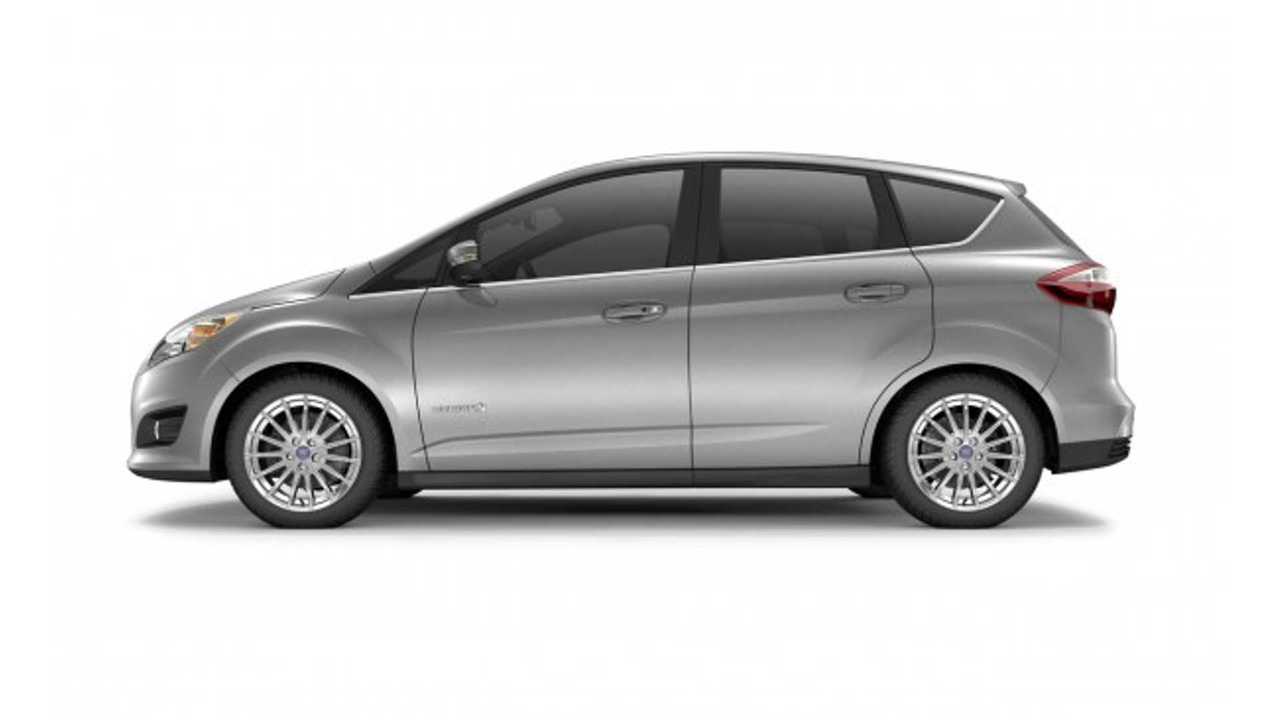 Ford announced today that its soon to be released plugin hybrid C-Max Energi has received an official EPA rating for all electric range of 21 miles and total driving range of 620 miles.

Furthermore the Ford can travel all electrically up to speeds of 85 mph compared to the Toyota's top EV range of 65 mph.

The 21 miles of all electric driving will be provided by the on-board 7.6 kwh lithium ion battery pack. Drivers can choose to drive EV at the onset of their drive (EV: NOW) or save it until later (EV: LATER). There is also an EV: AUTO mode in which the powertrain computer automatically selects the appropriate blend of battery usage and engine usage based on demand and the state of battery charge.

Once the EV range is depleted, the C-Max Energi will achieve 43 MPG combined city/highway running in hybrid mode.

The C-Max seats five in a crossover hybrid-specific design, and will retail for $29,995 after a $3750 federal plugin tax credit.

Ford previously reported the C-Max Energi has a combined EPA rating of 100 MPGe, better than Prius and Volt, and generates 188 hp better than the Prius' 134 hp and the Volts 149 hp.

“C-MAX Energi is a great symbol of how Ford has transformed itself into a fuel efficiency leader across our lineup, giving customers the power to choose a fuel efficient models that fit their needs as some of our customers face record gas prices,” says John Davis, C-MAX chief engineer. “With gas prices spiraling upwards of $5 a gallon in some parts of the country, every mile to the gallon makes a difference. C-MAX Energi’s best-in-class fuel efficiency and range is more important to our customers than ever.”