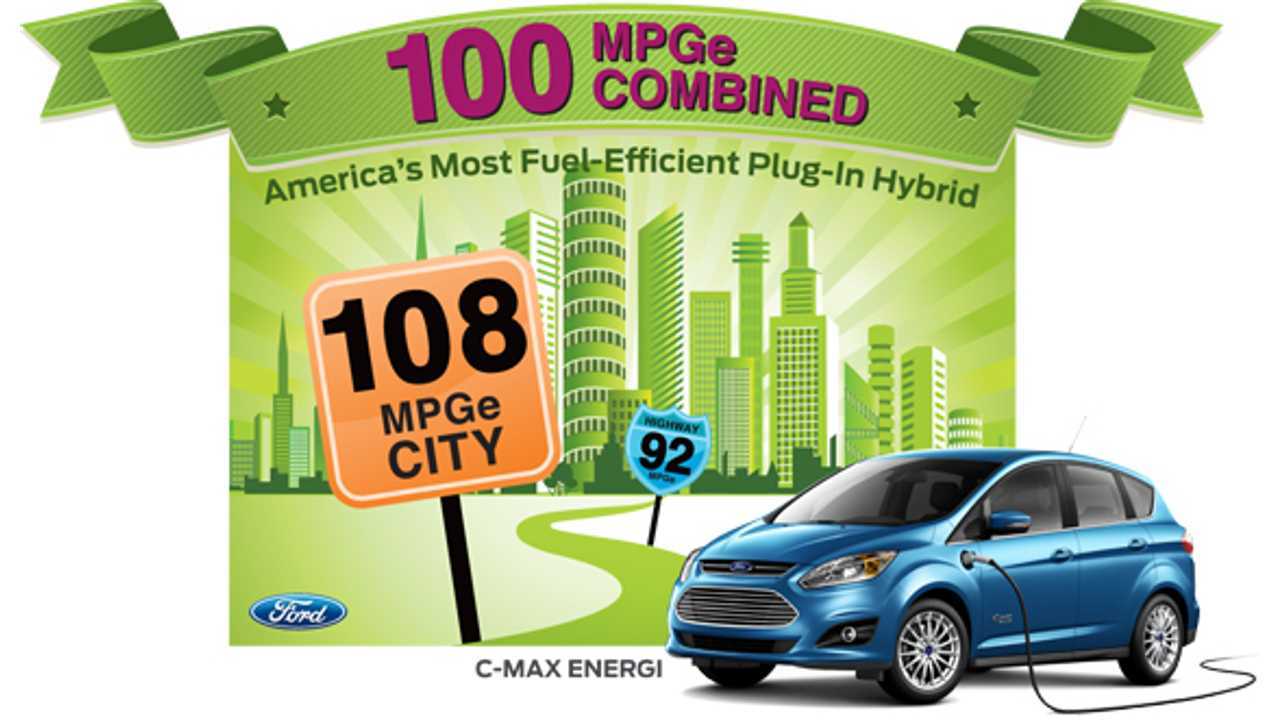 The EPA has rated the car at 108 MPGe in the city cycle, and 92 MPGe on the highway cycle for a combined average of 100 MPGe.  This bestows upon the C-Max Energi the best fuel efficiency rating of any plugin hybrid on the road today, and the first in its class to reach the three digit milestone.  Currently the Toyota Prius plug-in hybrid has an an EPA rating of 95 MPGe thus besting it by 5 mpg.  The 2013 Chevrolet Volt has a combined rating of 98 MPGe.

To get these impressive numbers Ford combines a highly efficient 188 hp 2.0 L 4 cylinder engine with a 7.6 kwh lithium ion battery.  The vehicle can operate in EV-only mode for more than 20 miles, and according to Ford sources will get a combined mpg rating of 43 mpg in hybrid mode.

Ford is situating the C-Max plugin to compete directly against the plug-in Prius which it beats in many regards, including all electric range, all electric top speed, price, and now combined EPA rating.

Ford has not intentionally attempted to take the Volt on directly in ads, though I may have inadvertently created a market move in that direction with my announcement about trading in my Volt for the plugin C-Max.  My only reason was a fifth seat, but sensationalistic media headlines seem in retrospect unavoidable, but certainly uninformed.

Ford electrification marketing director Michael O'Brien tells Reuters the C-Max hybrid is aimed at optimizers.  "They're looking for their dollar to go as far as possible and as smart a way as possible," O'Brien told reporters. "The notion of having MPGe (miles per gallon equivalent) that's best in class is a terrific advantage."

Congratulations to Ford for this achievement and a fantastic new addition to the plugin market space.