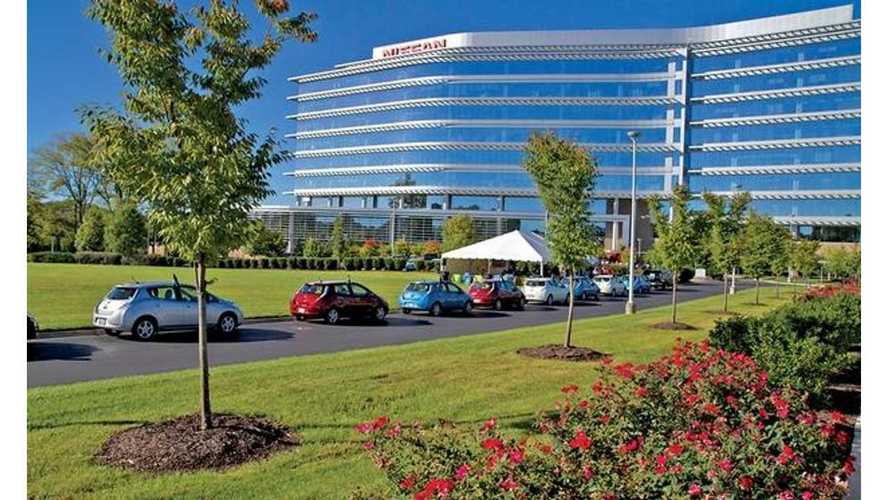 There is no doubt Nissan has made a big bet on electric vehicles.  The company has come out strong and hard launching the mainstream Leaf EV in 2011, with ambitious plans to sell tens of thousands of units now with a goal of millions in the future.

To support this plan Nissan had to prepare both a battery and EV production plant in the US, in Smyrna Tennessee.  We are now only days away from the opening of the Smyrna plant.  Nissan is making final preparations on the $1.6 billion dollar plant that has been three years in the making.

With all this vim and vigor however hangs a cloud of doubt.  Nissan, and nearly every other automaker's plans for EV sales have been falling considerably short of goals.

"We are going to have to be resilient," he said counseling patinece, "we are going to have to do our job, we are going to have to make sure that we are systematically not only innovating in terms of marketing and selling the car, but also doing our job with local government, states, cities, municipalities in order to push forward what is the main concern of the consumer -- which is, 'I buy the electric car, where am I going to charge it?' I'm talking about quick charge."

"This is not a normal car," he added. "This is something which is going to require a profound change in the attitude of the consumer."

To help spur sales, Nissan will be offering a stripped down lower price Leaf for 2013.  There will also be improvements in battery conditioning, range, and the accuracy of gauges.

“You’ll see small improvements, both in the area of the battery and in the level of the vehicle,” Nissan exec Andy Palmer told reporters. “It’s not a revolution, it’s an evolution.”

Will that be enough to move the needle?  Only time will tell.