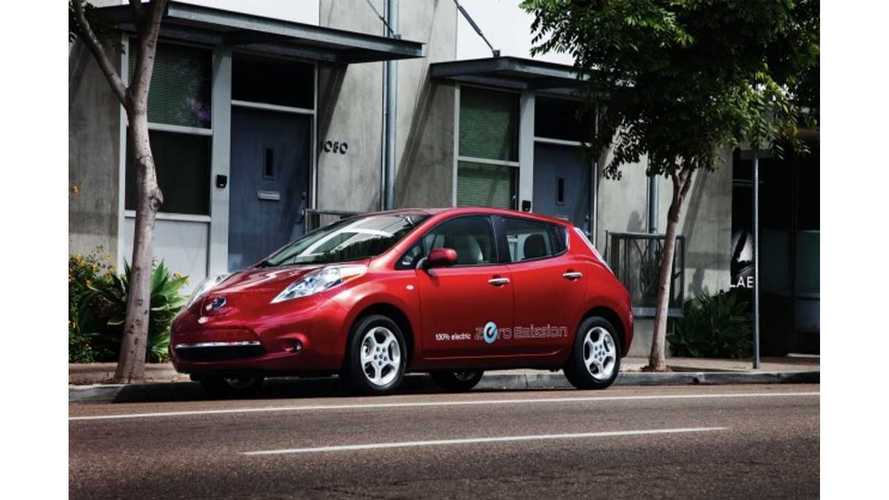 The price had to come down.  Everyone knew it, the only question was when it would happen, and how they would do it.  Now it appears some existing features will be deleted to make the car more price-accessible.

Automotive News (sub)  reports it is coming sooner than we originally had thought, saying that according to sources, the "lower-cost variant will be added as part of a 2013 model face-lift," although they could receive no official confirmation from the company.

Even now, Nissan is putting the final touches and calibrations on its US-based LEAF production facility in Smyrna, TN.

InsideEVs got in touch with Nissan spokesperson (Katherine Zachery)  about a lower cost model and how the production facility is coming along in the US; and while she also would not offer comment on the new pricing structure of the 2013 LEAF, she said the ammebly ramp up in Tennessee has gone very well and the company is on track to start producing cars in December.

Deliveries to customers of US-made LEAFs are expected in early March.

So, how will Nissan bring the price down?

Besides the obvious advantage of building the car right here in the United States (over Japan and the USD-Yen currency swap), the company will steal a page out of  GM's playbook when 'the General' looked to lower the starting MSRP of the Chevrolet Volt under $40,000 by de-contenting the car.

Suppliers:  According to reports, now that production is in the US, those 3rd party companies looking to supply parts to the LEAF will be asked to make cost reductions as high as 50% over what is being paid in Japan now.

Re-Engineering:  The 2013 model year LEAF will be going under a slight refresh/mid-generational update, and Nissan looks to be using this opportunity to streamline and combine some of the over-engineering that was done when the car was first rushed to market in 2010.

De-contenting:  The Nissan LEAF has a lot of 'extra' features that really aren't necessary if you are just looking to drive 73 miles (or less) to work everyday.  Therefore, the complex navigation system is said to be on the chopping block for something less pricey.

Also, those fancy LED headlights, with their integrated aerodynamic design apparently have to go.   While they are very cool, and save the car perhaps a mile or two of range when driving at night, they also add about a $1,000 to the cost of the car.

Also expected for some time in 2013 is a new battery chemistry that would allow for either some cost reduction (and weight savings) on an entry level offering, or a greater range option for the higher end models.    However, sources now suggest that may not become a reality until the fall of 2013 on the 2014 model.

In any regard, a cheaper offering, free from some of the bells and whistles that have made the EV inaccessible to many Americans, is a good thing,