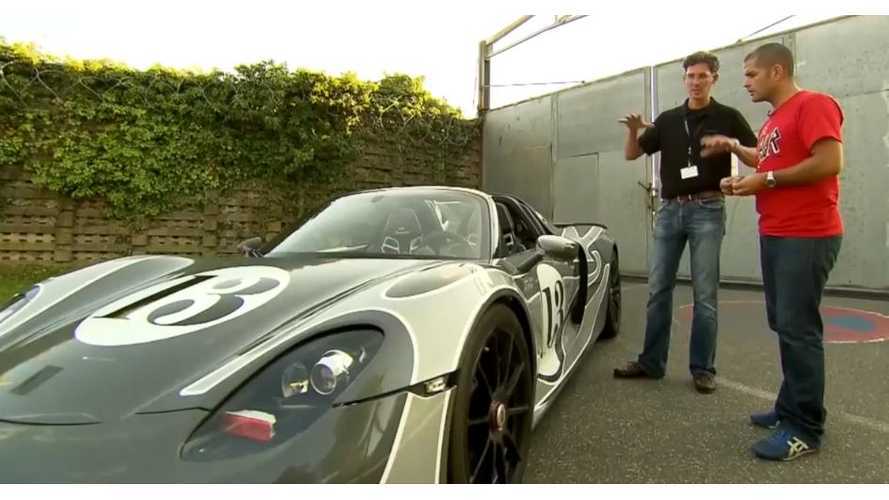 First off, we would like to mention we hate Chris Harris of Drive.  Why does he get to take a ride in the new upcoming Porsche super car, and not say, your intrepid internet news reporters here at InsideEVs?  So unfair.

First up, the basics on the 918 Sypder Hybrid Plug-In:

The car has five modes of driving that pretty much do what they say: E-Power, Hybrid, Sport Hybrid, Race Hybrid and Hot Lap.

In EV mode alone (or E-Power), the Porsche can travel up to 93 mph, and drive exclusively on electricity for about 16 miles.

If for some strange reason you are concerned about your efficiency, Porsche says the car can operate up to 78 MPG on the highway.

Production starts on September 18, 2013 (Porsche bring cleaver with the 9-18 reference) and deliveries start in December of next year.  Porsche will build 918 (sigh) in total of the 2014 model year super car.