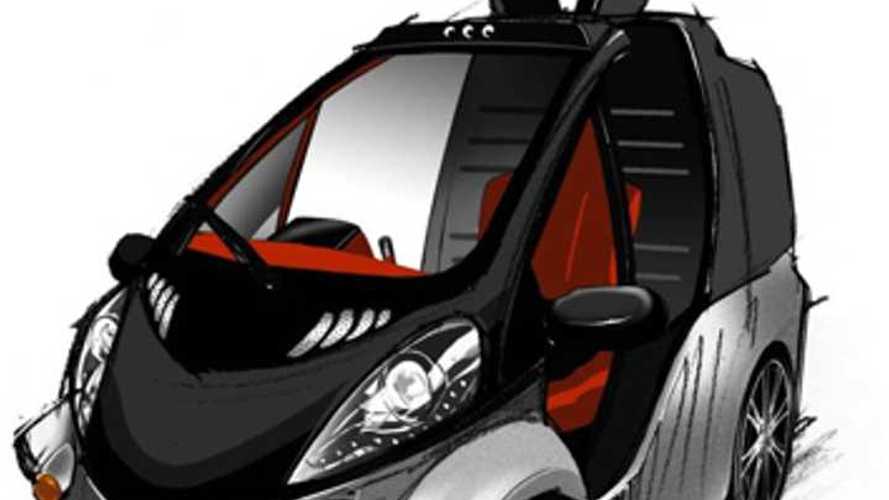 Recently Toyota made headlines when it announced its pure battery electric vehicle eQ would only be produced in extremely limited quantities and for exceptionally high price.  This move confirmed the automaker believes more firmly in hybrid than EV technology.

In its home country of Japan things are a bit different.  Big city streets are small, crammed, slow moving and difficult to negotiate.

To meet the needs of this environment the automaker has previously announced and begun selling a line of single seater slow speed EVs called COMS.  The newest member of this vehicle line has just been unveiled.  It is a concept car being called the Smart INSECT (which stands for Information Network Social Electric City Transporter) and indeed looks a little like a bug.  It is tiny with bug eyes and gull wing doors.

It seats one and has a top speed of 60 kmh and max passenger and cargo weigh of around 300 pounds.  EV driving range is 50 km.

What sets this car apart from other COMS is its high tech gadget-like features.  It is to cars like smart phone are to phones.  The vehicle is cloud-enabled through wireless Internet technology.  It has facial and motion recognition allowing it to see its owner and open the doors and start up when he/she approaches.  It's cloud connection allows the vehicle to learn and adapt to its owners preferences.