Shai Aggasi Out As Better Place CEO. Time To Call Time Of Death? 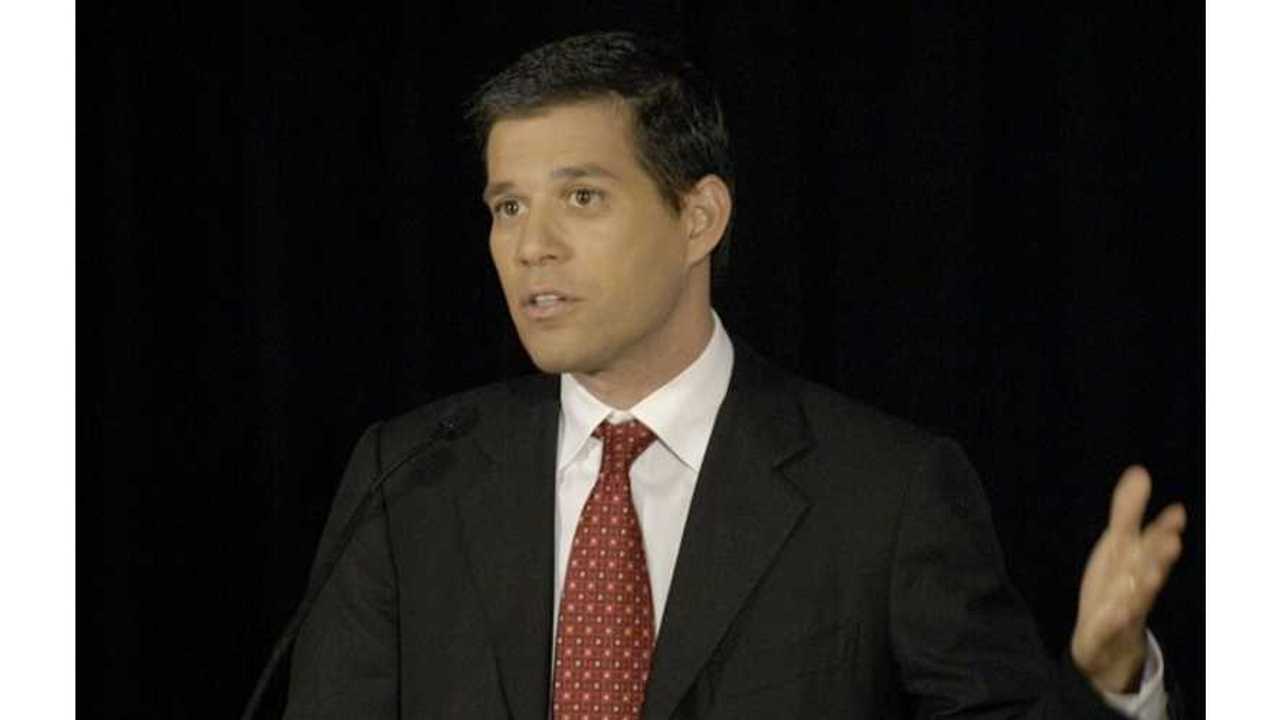 Shai Agassi, Out As CEO Of Better Place

On Tuesday, Better Place's Board of Directors elected to remove Shai Aggasi as CEO of the company.  But can anything help at this point?

Without getting into the details (and failures) of the company formerly known as "Project Better Place," the premise just never made sense to us.

Over the summer, as projections were not translating into sales at the company, chinks in the armor began to show, as Better Place cut their monthly fees (or made them more accessible depending on your prospective) in an attempt to regain influence in the market.

Now, Shai Agassi, who famously said that Israel by itself would have 100,000 EVs (mostly his) on the road by 2010, has left, who will be the driving force, and more importantly the "Chief Fundraiser" at the company now he  is gone.  According to Better Place, it will be Evan Thornley, who gets a promotion from his previous roll of CEO of Better Place Australia.

According to The Times Of Israel, Better Place has lost NIS 1.7 billion ($437 million USD) since its founding.  And NIS 500 million ($128 million) so far this year.  An impressive feat having only sold a few hundred cars and building less than two dozen battery swap stations.

Reports from Israel says that Aggasi was ousted from his role as CEO, as the company has lost faith in its founder.  Mr. Agassi will retain his seat on the board.

TEL AVIV – Better Place today announced the promotion of Evan Thornley, Chief Executive Officer of Better Place Australia, to CEO of the global company. Better Place Founder Shai Agassi will continue as a Board member and shareholder in the company he founded. Over the past five years, Agassi has pioneered an innovative technology solution aimed at making electric cars more affordable and more convenient than gasoline cars. What started as an idea of "running a country without oil" in a white paper quickly evolved from vision to reality in the company's first two markets, Israel and Denmark. Today the deployment of the charging and switching networks for electric cars in Israel and Denmark, coupled with a rapidly growing global customer base, have made Agassi's vision a reality.

"Under Shai's leadership, we've successfully achieved our goals in the first chapter of Better Place, and we owe Shai our gratitude for turning his powerful vision into a reality," said Idan Ofer, Chairman of the Better Place Board of Directors. "It is almost five years to the day since Shai launched Better Place and a natural point in the company's evolution to realign for its second chapter and for the challenges and opportunities ahead. Our board has long prepared to ensure that Better Place has a strong bench of talented executives in place to support the CEO and a clear succession plan to ensure a smooth leadership transition and we are fortunate to have such a strong leadership team within Better Place."

"In his four years as CEO of Better Place in Australia, Evan has built an impressive track record, particularly around establishing a strong set of industry partners there. Evan brings the right combination of entrepreneurship and coalition and team building to take Better Place to the next level," Ofer continued.

Thornley will assume the global CEO role, effective immediately. Since joining Better Place in 2009, Thornley's vision for the future of sustainable transportation in Australia helped to shape the 2020 roadmap embraced by the government and industry. He was instrumental in the creation of EV Engineering Ltd., a collaborative venture between global automotive leaders, to develop and create switchable-battery electric car technology. An entrepreneur at heart, Thornley founded one of the first Australian technology companies to be listed on the NASDAQ.

"Four years ago, Shai asked me to join the Better Place mission and bring it to Australia. It has been my pleasure to lead that effort along with my colleague CEOs in Israel, Denmark and now the Netherlands. Today, it is an honour for me to step up and lead this fantastic global team on a day-to-day basis," said Evan Thornley, CEO of Better Place. "We have the only fully integrated charge network platform in the world that's live and operating and serving satisfied customers. We start the second chapter with a tremendous strength of global investors and management team. Our relentless focus now is to grow and satisfy a global customer base and build powerful industry partnerships."

"Five years ago, I followed my passion to make the world a better place and founded a company to materialize that vision. Very few people are blessed to see such a grand vision become a proven reality within a relatively short time frame," said Agassi. "I am proud of the Better Place people and the team that I am leaving behind who will take this company to the next chapter."

About Better Place Better Place is the leading global provider of electric car networks that enables the mass market adoption of electric cars through an innovative battery switch model that makes driving electric cars more affordable, convenient and sustainable than today's petrol-based cars. Better Place owns and operates a network of battery switch stations and public/personal charge spots, along with the supply of batteries that power the cars, to provide drivers with instant range extension and the convenience to drive, switch and go across an entire region. Where possible, Better Place uses renewable sources of energy to deliver fully zero emissions driving. The World Economic Forum has named Better Place a "Global Growth Company Industry Shaper" for its innovative approach in advancing the global switch to electric cars. Check out www.betterplace.com

In this press release and in related comments by our management, our use of the words "expect," "possible," "believe," "continue," "may," "will," "positioned", "promised" or similar expressions is intended to identify forward-looking statements that represent our current judgment about possible future events. We believe these judgments are reasonable, but these statements are not guarantees of any events or financial results, and our actual results may differ materially due to a variety of important factors. Among other items, such factors might include: our ability to complete testing and certification as expected; our ability to expand commercial operations and increase revenue; our ability to offer nationwide coverage in Israel and Denmark in the expected time frame; our ability to move forward with Battery Switch Station deployment in other countries; and our ability to attract new customers. Better Place disclaims any obligation to update information contained in these forward-looking statements whether as a result of new information, future events, or otherwise.

Source: The Times Of Isreal