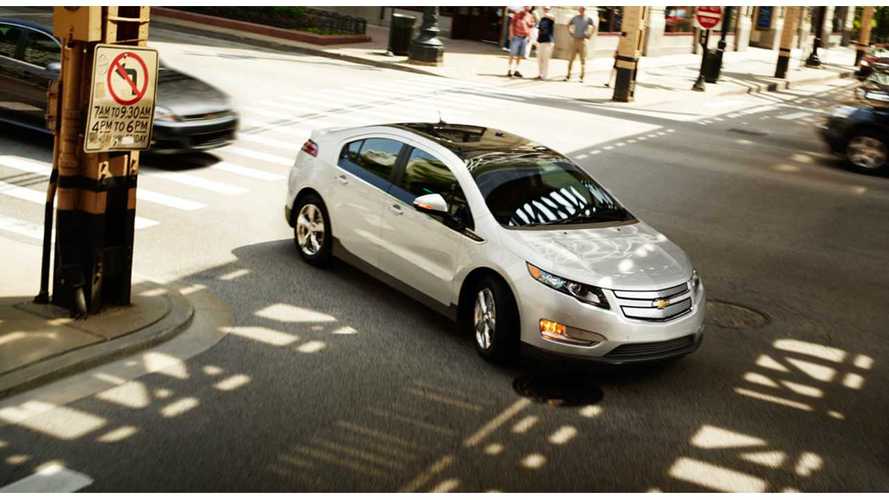 By: InsideEVs Editorial Team
General Motors seems to have found the right formula for selling the Chevrolet Volt, as the 40 mile, extended range plug-in once again set a new level of sales during September.

For the month, 2,851 customers made their way into Chevrolet showrooms in the US and left with a new Volt.

Helping to spur sales was the addition of new and improved 2013 model year Volt hitting dealership floors.  The 2013 Volt not only features more electric range, but is more fuel efficient than the outgoing 2012s.  For 2013 range has been increased by 3 miles to 38 total miles (as rated by the EPA) and overall fuel efficiency has increased to 98 MPGe.

The 2013 model year Chevrolet Volt also adds features previously only available on its sister car for Europe, the Opel Ampera.   A selectable 'HOLD' feature allows drivers to NOT use the on board lithium battery to propel the car, despite it still being charge capable. This feature now gives the Volt four driving modes: normal, sport, mountain and hold.

Also in play for part of September sales (and all of August) was an aggressive marketing incentive at the dealership level to move Volt inventory off lots.

Because this incentive only ran through the first week of September,  sales expectations for the month by analysts were estimated to still be strong, but slightly lower than the previous month's high of 2,831 units sold.

However, in order to offset the loss of this incentive to dealers, GM switched its focus back to customers directly by introducing new, financing and leasing programs designed to get more people into the car.

“Passenger cars (including the Volt) have been the launch point for a broad and deep GM product offensive,” said Kurt McNeil, vice president of U.S. sales operations. “Auto sales will continue to be a bright spot for the U.S. economy, which is particularly good news for GM as we walk into an even stronger cadence of new products in 2013 and 2014.”

At the moment, the Volt's Hamtramck assembly is on hiatus for 4 weeks as GM prepares the factory for the new Chevrolet Impala.  The plant is not expected to reopen until the 15th of the month.

Previously, GM stated they had sufficient Volts to satisfy demand for the car until the plant restarts, but some dealerships have said they are currently waiting on more cars to sell.

We think with a 8,614 vehicle lead over nearest competition, the Toyota plug-in Prius (which also impressed this month, selling 1,652 copies in September), it is fair to say that the plug-in champion for 2012 will be the Chevrolet Volt.