VW Officially In Electric Car Business As Electric Up! (E-Up!) Confirmed For Production 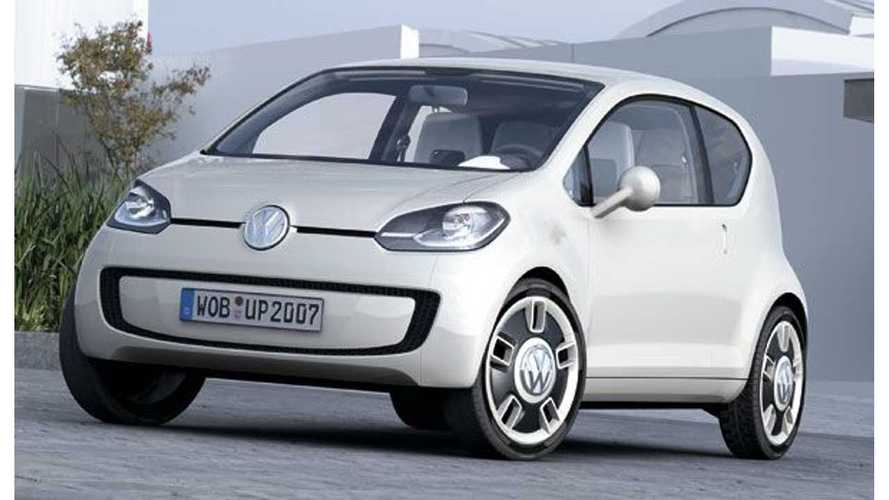 While announcing a new, more powerful Up! GT (its 1.0 liter engine is getting a turbocharger, upping horsepower to 109), Volkswagen officials also stated that its city car will be getting an electric version.

Originally the car's name was thought to change to the Blue-e-motion, but it appears the German company is going with the concept's name of E-UP! instead.

VW has had the E-UP! on the shelf, but ready for production for some time, as the concept first appeared in 2009 at the Frankfurt Motor Show.

"Cars with pure petrol and diesel engines – which in the foreseeable future will continue to be unbeatable for mid- to long-range distances – will be supplemented by cars like the E-Up! in coming years."

We can know quantify what the statement of "in coming years" means, as VW has said the EV will go on sale in the first half of 2013.  The company also states that if the E-Up! is "well received" that an all electric Golf will go in production in 2014.

While no specifications where released at the time of the announcement, it is assumed the production version will stay 95% true to the concept, which had a 60 kW (80hp) motor powered by a 18 kWh lithium battery.