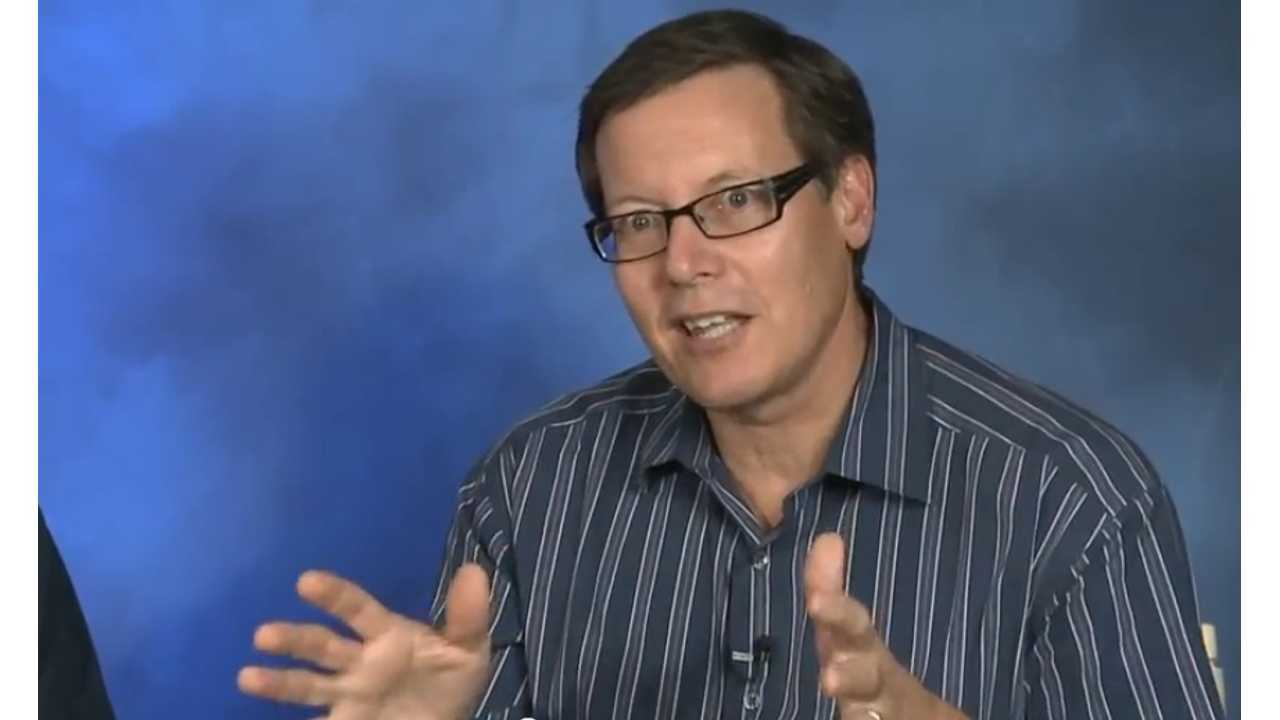 Mark Perry And A Nissan LEAF

Amidst all the recent turmoil surrounding the Nissan LEAF and battery capacity loss in Arizona, Nissan chief spokesman Dave Reuter, said yesterday that Mark Perry, who is Nissan's Director of Product Planning and Advanced Technology (at least for a little longer), is retiring today.

Mr. Perry, due to his engaging nature, was for all purposes, the executive face of the Nissan LEAF.

Personally, Mark had been one of my "go to guys" at Nissan, and some of the very famous quotes on battery capacities often repeated from Nissan, I was told by Mark.

Rightly or wrongly, Mr. Perry was also the strongest/most noted defender behind the battery capacity loss over the summer, and was the first to announce that the testing in Casa Grande, showed no significant issues with the LEAF battery, saying LEAF owners should still expect "a glide path" to 76% in LEAF batteries found in Phoenix.

Mark had also suggested there may be some owner fault, due to high mileage or other treatment of the LEAF, in the extreme 'battery bar loss' cases that had been tested.

Unlike many other executives I have spoken to over the years, Mark seemed to honestly care about the industry, and even if his statements did not always ring true after final inspection, I always got the impression he truly believed in what he was saying.

Recently Nissan sent out an open letter to LEAF owners, updating them on the results of corporate testing on low capacity LEAFs, but also the formation of a independent advisory board (to be headed Chelsea Sexton) to help Nissan communicate with customers and the media better:

Carla Bailo, Senior VP of Research & Development said, "our hope is that they would hold up a mirror to us and help us to be more open and approachable in our communication and to advise us on our strategy."

Today's decision by Mark, would seem to fly in the face of that statement.

For what it is worth, I was contacted by Nissan's Corporate Communications some time ago after speaking to Mr. Perry (and getting some nice quotes from the exec) saying "we've asked him (Mark Perry) to forward all media inquiries to the PR team. In the future, please send any requests to XXXX or myself and we can get the answers for your quickly."

Nissan's Chief Spokesman (Dave Reuter) goes to lengths to include the fact that Perry's retirement had been planned "for months," but we can't help but suspect that, while that may be true, LEAF public relations problems on the ground have also been going on "for months" as well. Mark is 55.

For myself, I wish Mark all the best, and hope his retiring was of his own choosing, and not from pressure from Nissan. Mark is a rare bird in the auto industry, an executive who will say exactly what he means, and has the confidence to repeat what is said behind closed corporate doors to the public. Perhaps that was his undoing.

On the LEAF's first introduction to the market in 2009, when Mark was asked how he was involved with the car: "I'm responsible for bringing the product to market, so, I'm the car guy."

Perhaps Mark will abruptly end his retirement like Tony Posawatz (who ran the Volt program at Chevrolet), who famously "retired" from GM to "spend time near the ocean" and with his family, only to resurface 6 weeks later as Fisker's CEO.

Video below: Mark Perry on battery performance and warranty back in March before Arizona issues arose...check out 3:30 of the video for some famous quotes on the LEAF, 110 degree heat, and Death Valley: