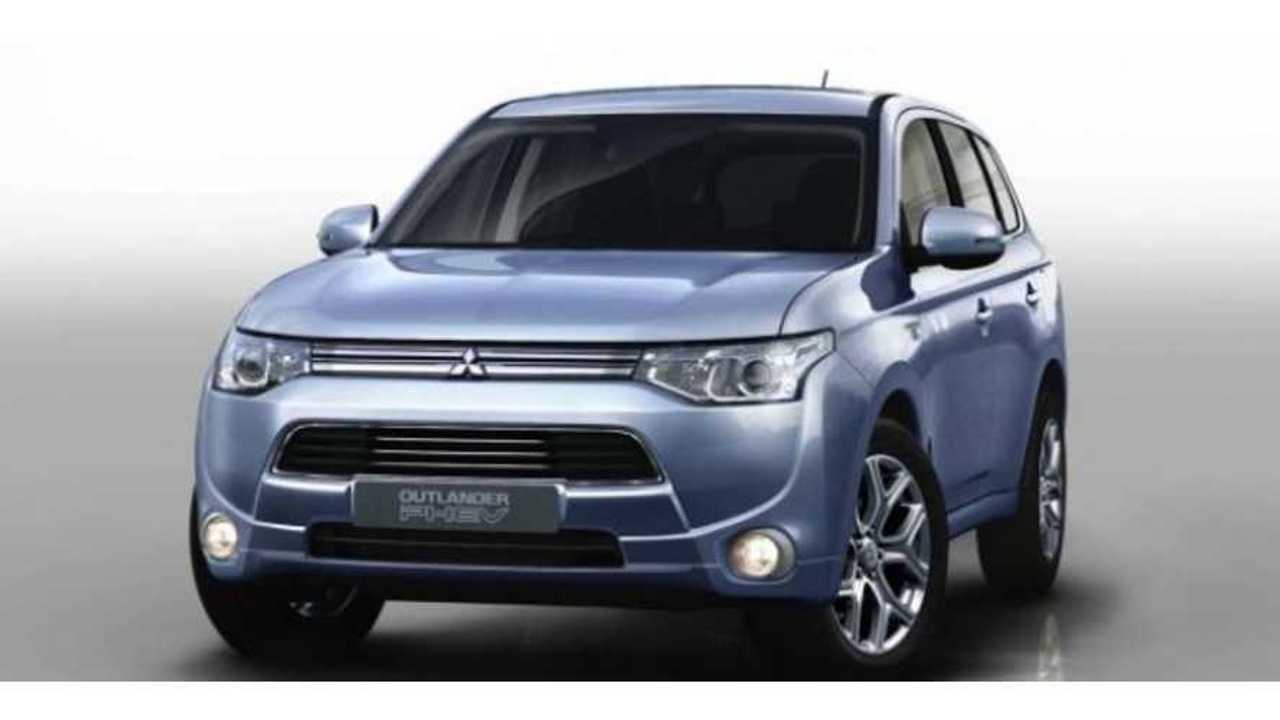 A vehicle category that is sorely lacking a plug-in hybrid option at this point is the SUV. At the moment there are no plugin hybrid production SUVs on sale.

Mitsubishi hopes to get the jump on the category.

"Outlander PHEV is the world's first plug-in hybrid SUV and offers the best of three worlds: the environmental performance of an electric vehicle (EV), the cruising range of a conventional internal combustion engine (ICE) vehicle, and the on- and off-road performance of an SUV," states the company.

Mitsubishi says it will begin production of the vehicle in Japan in 2013.

The lithium-ion battery will be 12 kwh in size,and the engine will be "gas sipping" 2.0L 4 cylinder. The drivetrain includes three electric motors, two on the front axle and one on the rear axle which will allow the car to have 4WD.

This combination will offer up to 34 miles (55 km) pure electric driving range, total driving range with gas of up to 547 miles ( 880 km), and a combined fuel efficiency of 144 MPG (61 km/L). It should be noted these values are based on the very feather footed Japanese test cycle.

Congratulations to Mitsubishi for offering consumers another vehicle category that they can plug into the grid an avoid using gas.

As for the release dates to consumers, the company says:

"MMC will introduce Outlander PHEV in the Japanese market in early 2013 then sequentially roll out the model in Europe, North America, and other markets around the world."

For those even more interested, Mitsubishi offers a very detailed breakdown of the vehicle in its press release today, which can be found here.