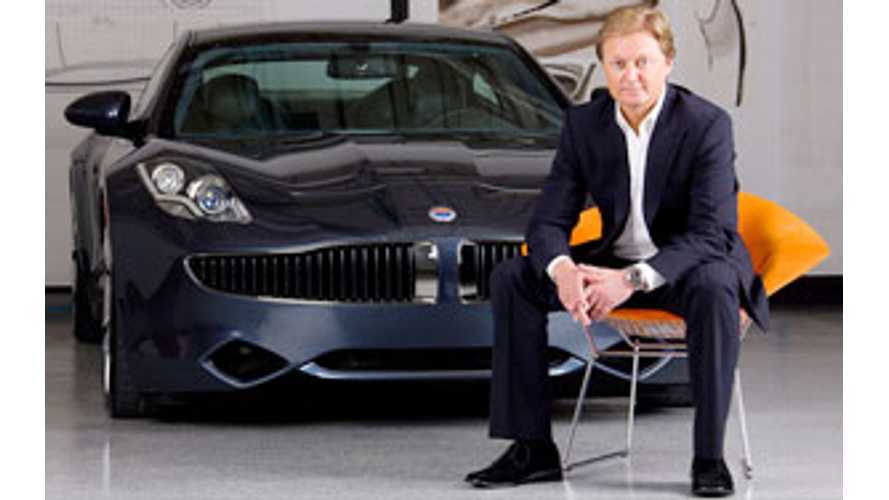 Henrik Fisker, A Man Who Has Friends With Deep Pockets

While many green-startups have looked to the government for assistance, and others attempt to capitalize on their market valuation by issuing more stock (as Tesla announced they were seeking up to $150 million from stock sale), Fisker seems to have no trouble going to the private equity pool for more capital.

After the market closed  Wednesday, Fisker announced that it had successfully completed its zillionth round of private financing, raising over $100 million dollars to fund future operation.  This brings the total amount raised out of private pockets to $1.2 billion.  Not bad for a company that just recently produced it's 2,000th car.

Ex-GM line manager of the Volt, and now Chief Executive of Fisker, Tony Posawatz said the latest round of financing was "another major vote of confidence" in the company.

It should be noted that although $100 million is a lot of scratch, Fisker had said it was looking for up to $150 million, so this could signal the end of tapping private investors, and a precursor to a public offering.

Part of the reasoning behind the financing was that a $529 million U.S. government loan that Fisker's was counting on in bringing it's next car (the Atlantic) to market, was frozen due to Fisker's delays in getting it's first offering (the Karma) to market.  The company drew down only $193 million of that loan before having it pulled.

Fisker boss, Posawatz, says that it now aims to announce the official production and a timeline for the Atlantic by December.  While Fisker spokesman Roger Ormisher said, "We're getting closer and closer to the ability to self-fund the development of the Atlantic, ee should have enough equity on board to announce what we're going to do, how, when, and where."

It should be noted that InsideEVs obtained investor documentation from Fisker (during their last round of financing) that first broke the news the Atlantic would not be produced "shortly after 2012" as the company had said; but that the first prototype was not expected to be completed until mid-2013 , with the production of the Atlantic (then known as the N1) not starting until mid-2014.