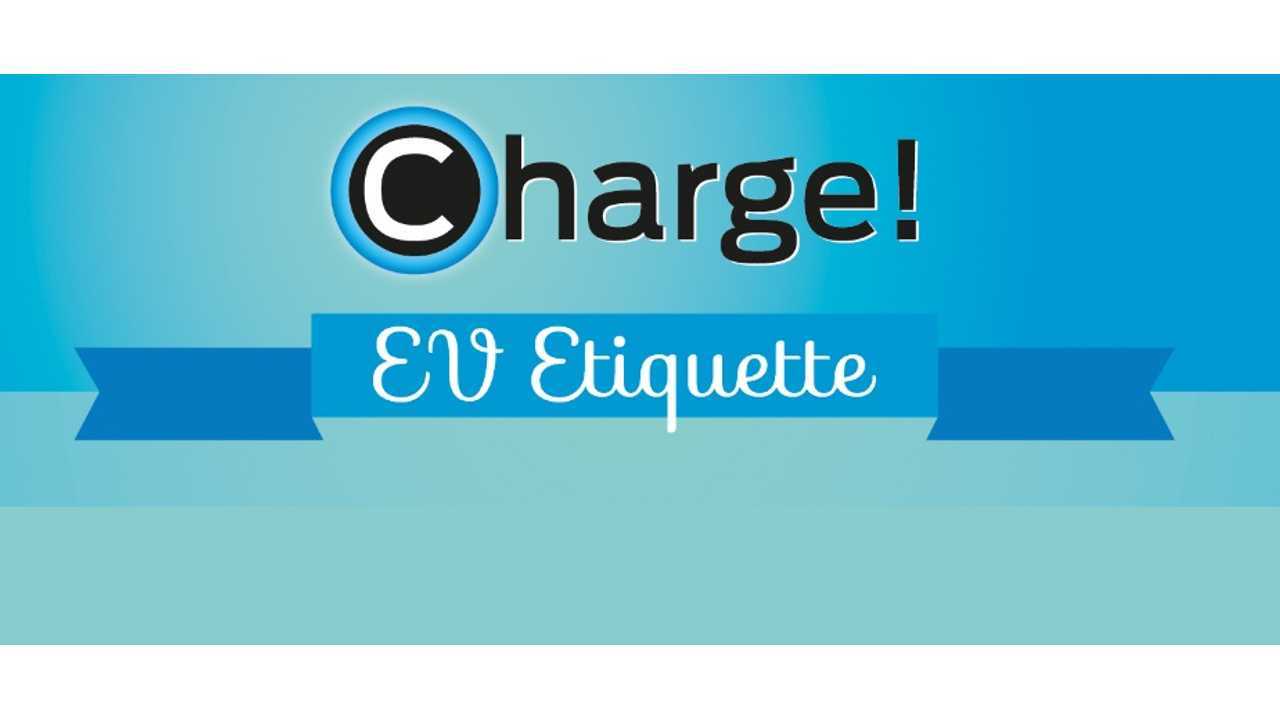 A Prius plug-in, a Ford Focus Electric and a Chevrolet Volt all arrive at a charging station at one time; which car gets the spot?

According to Ford's electric vehicle charging etiquette tutorial, the Focus Electric does, and not just because it is from Ford.  The company goes on to state the obvious, that while no one can say for sure the pure electric Focus really needs a charge, the other two vehicles definitely do not.

Alright, past the first issue of which plug-in is more deserving, the rest are all fairly obvious, however Ford does suggest one good idea for users of public stations that many of us already employ.  The charge card.

Simply put, it is a sheet (ours at InsideEVs are laminated) that you put in your window after you plug in your car saying at what point you no longer need a charge and it is ok for another plug-in to disconnect your car.

Many EVs come with status lights, or indicators, to show when you car is receiving a charge and/or how far accomplished the process is; still, without a universal standard it is not fair to assume everyone knows how to accurate translate the indicator lights on your electric vehicle.  If you don't own a Nissan LEAF, do you know what 3 solid blue lights on the dash represents?  We doubt it.

Ford has graciously made a charge card for anyone to download (PDF here), as well as a slighlty low-brow, but yet mildly amusing video walking us through "charging etiquette".

Our question to Ford, what if a Nissan LEAF, a Ford Focus Electric and a Tesla Model S all show up at a solitary charger at the same time?  Does it go by least amount of range?