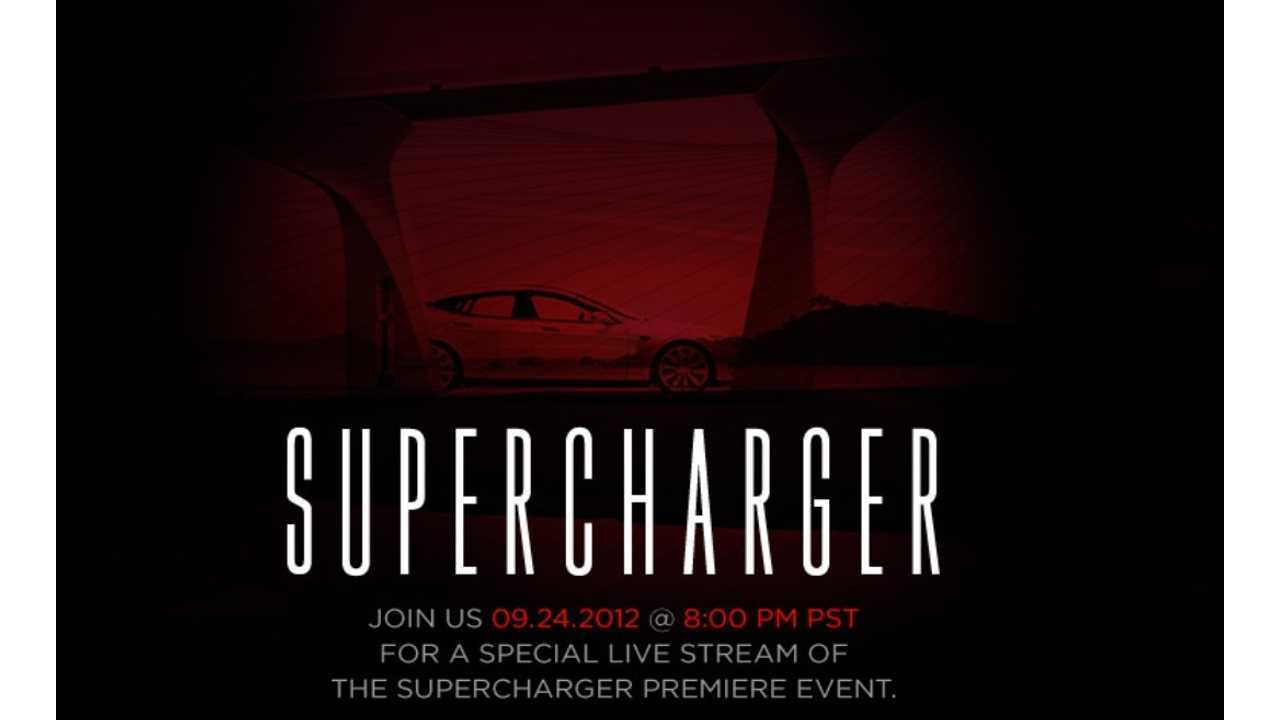 Looking for an alternative to Dancing With The Stars: All-star tonight at 8 pm?  (PST)  Tesla has some programming for you.

In an event that begins at 7:30 pacific, but airs via webcast starting at 8:00, you can watch the Californian based EV startup take the wraps off their first Supercharger station.

Not much of the specifics are yet known, other than you can fully charge up your Model S Performance sedan (which has a 265 mile range and a 85 kWh battery) in about 45-50 minutes, and that the station is rated at 90 kW.  The presentation will take place at Tesla's design studio in Hawthorne, California.

If you are worried about all your friends spoiling the current episode of the Voice on NBC, and choose to instead skip the Tesla premiere, don't worry, we will rebroadcast the event here shortly thereafter.  (Voice spoiler:  Blake will talk about country music, Adam with annoy Christina, and Cee Lo will continue to only get the fringe talent because he is short and weird)

To pass the time ahead of the event, in the video below Tesla CEO talks with Bloomberg about the Superchargers, and how Tesla plans to enable people to travel anywhere in the United States, and there will be "over 100" stations available.