Nissan Says Capacity Loss Issues Are Due To High Mileage. Phoenix Cars Are Still Expected To Retain 76% After 5 Years 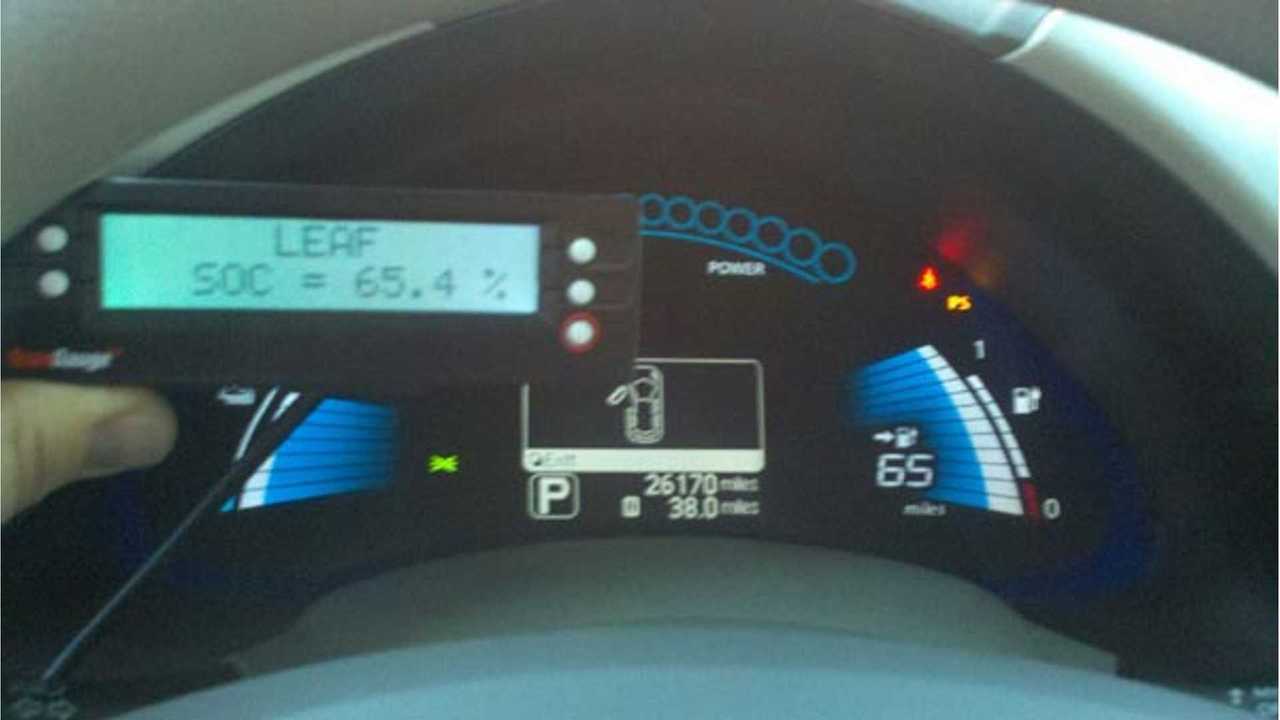 There has been a lot of focus on Nissan LEAFs in places like Phoenix, Arizona rapidly losing range due to excessive temperatures reducing available battery capacity.  At least that was the perception of what was/is happening.  Many cars showing 'multiple bars' of capacity loss were recently recalled from their owners by Nissan in order to put them through extensive tests at the company's facility in Casa Grande, Arizona.

Earlier this month, Nissan Executive Vice President, Andy Palmer, said that there is “no problem” with the LEAF battery, and that the any customer complaints were merely the result of instrument problems.

Now in an interview with Green Car Reports another executive, Mark Perry (who is Nissan North America’s Product Planning and Advanced Technology Director), offered another reason for capacity loss of those cars tested by Nissan has been given.  High Mileage.

Of the cars tested by Nissan that had showed excessive battery capacity loss, all were noted by Perry to be over the 12,500 miles (1,041/month) that the company says an average driver would have put on the car in a year.  In fact, Perry says that the cars averaged at least 50% more miles than that (over 19,000 miles), with some "significantly higher."

Nissan has said that the LEAF in normal conditions should retain 80% of its battery life after 5 years/60,000 miles of use.

Mr. Perry also adds that Phoenix area owners of LEAFS proportionally drive a lot more highway miles than city compared to the rest of the country due to its geographic location.

The difference between highway and city is significant to battery life because the LEAF's miles per kWh is much lower on the highway than driving on city streets. For example:

At 70 miles an hour, a full charge cycle may only net a LEAF driver 50 miles of range, while in town the LEAF can achieve close to 100.  Therefore (and theoretically according to Mr. Perry's assumption), 12,500 miles in Phoenix may be equal to 15,000-20,000 in a more normalized setting.

With those factors considered, Perry says,  "The cars and the battery packs are behaving as we expected".  Mostly.

Mr. Perry noted that after viewing the data from all the LEAFs in Arizona (the car transmits data wirelessly whenever it is in use), that it appears cars in that state are "on a glide path" to 76% retention rate after five years, very close to their expected national retention rate of 80%.

It should be noted that while Mark Perry is correct that the cars Nissan tested in Arizona were over this 12,500 threshold of miles,  Nissan also handpicked which cars to test.  According to our sources, there may be as many as 147 confirmed cases of Nissan LEAFs losing at least one capacity bar to date in the southern United States (Nissan says they have received complaints from "less than a hundred" of them), and 47 of which look to fall under the Nissan's threshold of 12,500/year (1,041/month).

The question still remains however as to what that first bar of capacity loss represents.  Does it equate to earlier suggestions of 15% loss of capacity, or is there some instrument error that is over exaggerating (as has been shown in tests) that figure, and the dashboard is prematurly showing battery capacity failure, which in reality may be much less?

So, while Nissan's conclusion may still yet to be proven accurate, and cars may hold up to this 76% retention rate after 5 years/60,000 miles, we would say Nissan still deserves an asterisk* at the moment.

Last week, Tony Williams, the leading voice behind getting the word out about capacity loss issues, and contributor here at InsideEVs, put out the largest independent (of Nissan) test of capacity-adverse LEAFs (with the help of many concerned forum members from MyNissanLEAF).

And while the test demonstrated that there was some instrumentation issues between displayed capacity available and actual real world range, those cars also did have significantly reduced capacities.  (You can read that report, and see all his findings here)

Mr. Perry also commented to Green Car Reports about this test, "I understand what he was trying to do but it's hard to comment because we weren't there."  (Nissan was invited to attend , but declined)

For now, we would say they same for Nissan's conclusions from their tests; we understand what Nissan was trying to do as well, and while we have no problem commenting about it, in the end we weren't there either.

It looks like the only definitive answer to this battery capacity loss issue will come from the passing of time itself.  In the meantime, without Nissan being proactive and providing a solution (or alternative option) for these owners who feel Nissan has not been straight forward disclosing the limitations of the LEAF in the southern United States, or is any hurry to assist them, this story will continue to develop and grow over time.

Given the importance of electric vehicles to Nissan, and the reported $5 billion dollars the Nissan-Renault Alliance has already invested in the technology, we (if it were up to us) would just offer to buy these cars back, replace the batteries and re-sell them.  This way Nissan can start over with a clean slate, and customers (and future customers) would know the company stands behind their electric cars.

Another Unanswered Question: What Is Happening To Batteries Inside Nissan LEAFs That Baking On Dealer Lots In Arizona? (photo via KPHO 5)