Mercedes To Premiere Concept B-Class Electric Drive In Paris, For Sale In 2014 In US 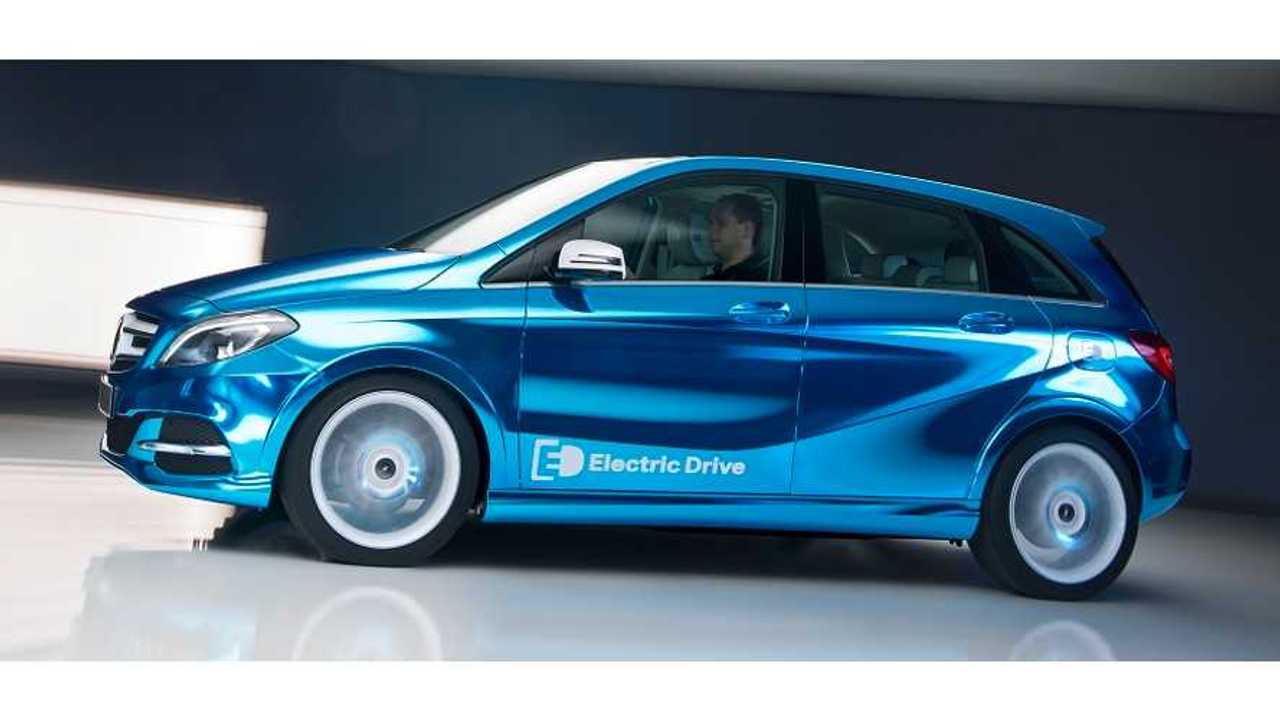 Mercedes-Benz has announced it will bring its electric concept B-Class to the Paris Motor Show that begins later this month (September 29th).

The concept model on display is significant to  Mercedes-Benz's electric future, as it is will be the first electric vehicle to carry the company's badge in North America.

Sales are currently planned for 2014, and is even now "almost ready for series production."  Daimler does already have another EV in full production out of Germany in the Smart EV, but the two are quite different animals.

"This concept vehicle is one of the first models to incorporate the term "Electric Drive" into its model designation. In future, "Electric Drive" lettering will adorn the boot lids of all battery-powered electric passenger cars from Mercedes-Benz, Mercedes-AMG and smart. "

The Concept B-Class Electric Drive is propelled by a 100 kW electric motor with 221 lb-ft of torque, that offers an estimated 124 miles of range according to the German company.

Daimler Made Smart ED - Available in Coupe and Cabrio (In Germany and Canada...For Now)

Although not expressed by Daimler, we feel this 124 mile range is based on the European NEDC standard, which would roughly translate to about 85-90 miles via the EPA.

For many, anything less than 100 miles is a non-starter for purchasing an EV, and the Mercedes' rumor mill has an answer that.

Unconfirmed expectations are for the B Class Electric Drive to have an optional extended range petrol engine, which would also unofficially make it the 'king' of the EREVS, besting both the Chevrolet Volt and Fisker Karma by a huge margin.

The battery pack is installed in something which the company calls the “Energy Space,” which is a fancy way of saying 'in the floor' in front of the rear axle.  This allows the electric version of the B-Class to offer almost the identical interior space as found in the petrol variation.

And while the size of the production lithium battery has not been announced, it is thought to maintain the same Tesla-sourced, split 36 kWh pack (2x18kWh) that the earlier test fleet had been equipped with.

Mercedes says the vehicle can be charged "at any standard domestic 230 V power outlet or alternatively – with rapid charging function – at a 400 V high-voltage terminal."

Daimler currently has a 4.7% ownership stake in Tesla, and the contract for this B Class E-Cell has been confirmed from sources at Tesla as being much larger in volume and scope than that of the Toyota RAV4 EV.

Mercedes B Class E-Cell Test Fleet Interior. We Imagine Some Upgrades Will Happen Between Now and Production In 2014

(Nobody puts out worse press releases than Daimler, but if you must read it, you can find it here)