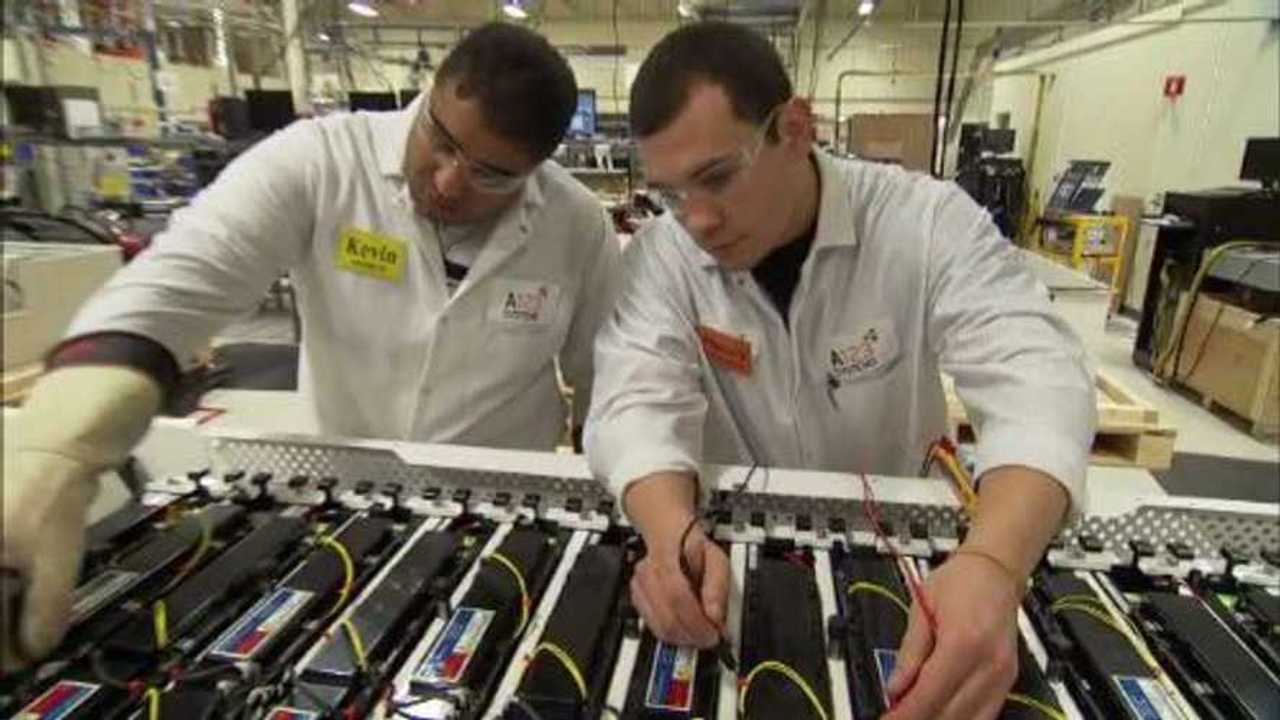 Not too long ago, but before A123 almost went out of business and was saved by a Chinese automotive parts maker, they announced they had perfected a disruptive new battery technology called Nanophosphate EXT.

This new battery technology in A123's labs was shown to improve power capability at low temperature and life at high temperature, a problem that is currently confounding Nissan LEAF management in the extreme heat of Arizona.

"Nanophosphate EXT is expected to deliver increased performance and reliability while minimizing complexity and reducing total cost of ownership (TCO) over the life of the battery system."

At the time of the announcement three months ago, A123 said that battery chemistry would allow for 20-30% higher power at lower temperatures than their existing Nanophosphate batteries, while also giving "superior power retention."  Under normal conditions, early testing had shown a 90% retention of initial capacity after 2,000 full charge cycles.  Even at 45C (113F), it took almost 800 full cycle discharges for the pack to lose 5%, 1,600 cycles for 90%.

However, the internal temperatures that is currently crippling LEAF batteries in Arizona, and some parts of Texas and California, is even higher than that.

Thankfully, A123 has not only done more tests at even more extreme conditions on their Nanophosphate EXT batteries, they have also lent out cells to Ohio State University (OSU) to independently verify their results.  And to say the results are encouraging is an understatement, they are 'throw away your thermal battery management system' good.

"In high-temperature testing, A123’s Nanophosphate EXT cells are exhibiting a rate of aging that is about three to four times lower than cells from a competing manufacturer of commercially available lithium ion technology. Specifically, in testing conducted at 75 degrees Celsius (167 Fahrenheit), A123’s Nanophosphate EXT cells are showing more than twice the life compared with the competition after about 700 full DOD cycles (at an aggressive 4C discharge rage). "

Just to repeat, that is 167 degrees Fahrenheit they are testing these pack ats; hotter than any recorded temperature on Earth.   And under these extreme condition, after 700 full cycles, the pack is still retaining 90% of life.

The competition, which is clearly  the LMO (lithium manganese oxide) cells found in the Chevy Volt and Nissan LEAF, faired much worse, losing over a third of their capacity.  It should also be noted that drop off on the curve for 'the competitor' is extreme even at 65% left.

And low temperatures? A123 has got that covered too:

"In low-temperature testing, a battery built with A123’s Nanophosphate EXT cells is delivering up to as many as 1,200A at minus 18 degrees Celsius. This effectively eliminates the only performance advantage of absorbent glass mat (AGM) lead acid batteries (which deliver approximately 800A at minus 18 degrees Celsius) for micro hybrid vehicles and improves the total cost of ownership (TCO) of A123’s 12V Engine Start battery versus AGM. "

Even more important than lab results is real world production.  A123, now flush with Chinese capitol, see volume production in the first half of 2013.

A123 has hosted a podcast featuring Yann Guezennec, professor of mechanical and aerospace engineering at OSU and a senior fellow CAR, and John Neal, a research engineer who manages CAR’s battery characterization and its aging laboratory, discuss the testing results thus far.

Disclosure: The author of this piece (sadly) has a position in LEAP call options of A123.