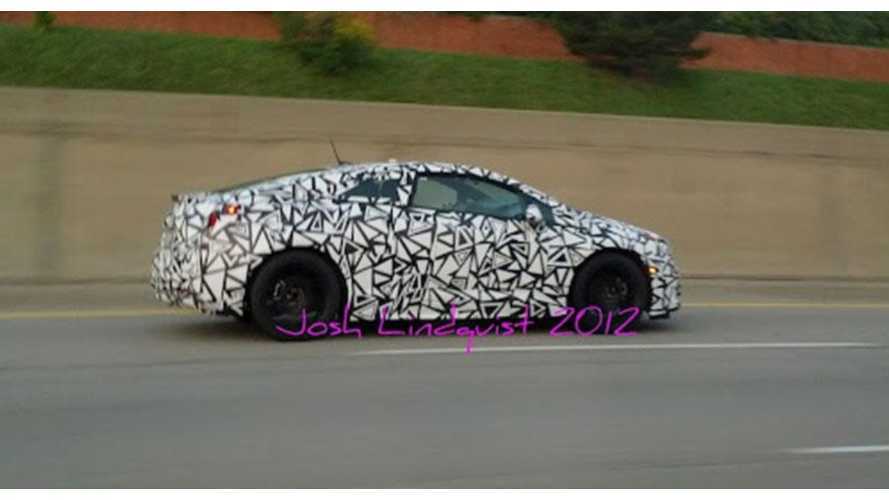 Josh Lindquist, a reader of Autoweek (more photos here), snapped some photos of what appears to be a Cadillac ELR in the wild, zipping around the streets of Detroit over the weekend.

First seen as the Converj concept, General Motors green-lighted the project about a year ago, renaming the car the ELR.   The official debut of the production Cadillac ELR has been set for the Concours d’Elegance in Pebble Beach on August 18th, 2013

The stylish Caddy has been the focus of some debate as to what powertrain will be featured inside of it when the ELR goes into production next summer as a 2014 model.  The 1.4L 4 cylinder engine that currently powers the extended range drive of the Volt will reportedly be discontinued next year in favor of a larger motor.

On a personal note, I would like to protest the fact this car was photographed on Labor day, thereby forcing me to not only come inside on such a fine day, but also to put down my cold beverage and tasty hamburger to publish this article.

For the record, I hate you Josh Lindquist, whoever you are.

Figuring my supper mostly ruined, I decided to shake the tree at GM to get further details on whether a Cadillac ELR mule/test car actually exists and any other information on it.

And good news!  Thankfully, my hamburger did not get cold in vain, as InsideEVs has learned through a source at General Motor's Hamtramck, Michigan facility, who can confirm GM has indeed produced a pre-production version of Cadillac ELR. Not only that, they have produced two.

So there you go.   I hope your happy Josh Lindquist.

These pictures were sent into Autoweek and you can find their original post here.