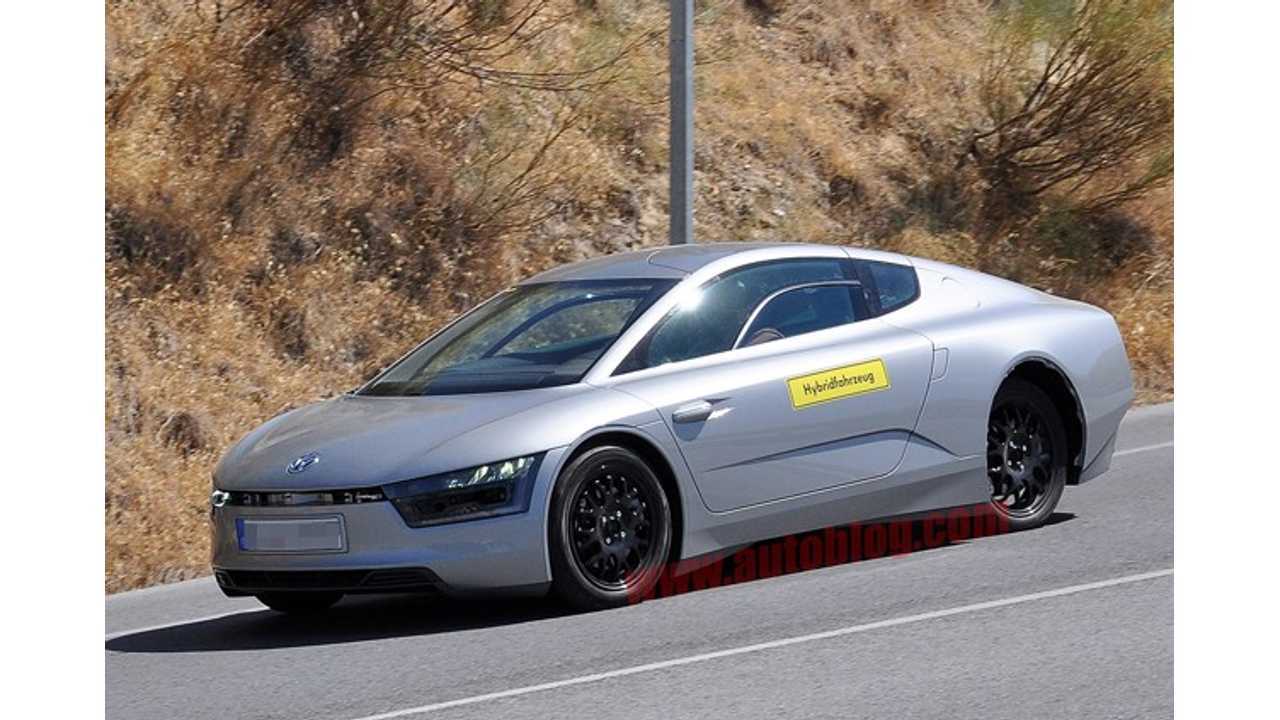 Yesterday, autoblog released pictures and basic information on the upcoming Volkswagen XL1, an ultra-fuel efficient plug-in diesel hybrid that is expected to deliver 235 miles per gallon.

The Volkswagen XL1 is still hot weather testing in concept trim, with its streamlined shape and narrow rear end.

One noticeable difference found was that the winter tested XL1 prototype had side mirrors whereas this version did not, and possibly uses side camera technology. Without side mirrors, Volkswagen claims this vehicles coefficient drag is just 0.186 or roughly 44% lower than the Nissan LEAF’s drag rating of .28.

Here is a picture of the 2011 Concept XL1 from Volkswagen

Based on the pictures, the beautiful gullwing doors open up to a small, tight cockpit that has similar looks to the one found in the concept car.

According to the report, the main difference of the road going test car and the concept could be in its seating arrangement.

Based on the pictures of the concept car, one notices that the vehicle features an offset seating configuration, however the road going version seems to have a more traditional set up.

There has been no word from VW that the production version will have its seating structured altered from the original design.

Also, we have not learned the specifics on the current drivetrain, but autoblog expects the Volkswagen XL1 to have a small, 2-cylinder diesel engine combined with a 27-horsepower electric motor along with a seven-speed dual clutch transmission.

To see more pictures and learn more about this car, take a look at the post on autoblog. To jump straight to the pictures, click here.